Gaming complexes have always been larger than life entities on the roads and boulevards they inhabit, as they look to draw as many people to them as possible and then entertain them for as long as they can.

This can mean huge amounts of work for dedicated teams of architects, all of whom must think of everything from high quality roofing solutions right through to gamer experience and satisfaction.

While some complexes get this process woefully wrong and end up seeing their players flood to online casinos instead, there are some elite gaming resorts which are still the jewels in the crown of the gaming world, often still inspiring many of the games and casinos that now operate online. Here are some of the planet’s most architecturally stunning gaming resorts, all of which make jaws drop and eyes pop. 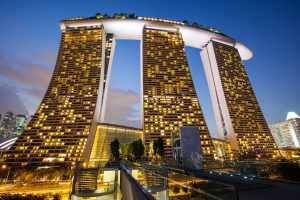 Marina Bay Sands is one of the most striking architectural feats to be found anywhere on Earth and it also happens to be packed with virtually every gaming amenity anyone could ever wish for.

This came at a price, with the building said to have cost in the region of $6.8 billion to design and construct. The whole concept for Marina Bay Sands was the brainchild of Moshe Safdie, who decided to top off the project by adding one of the highest swimming pools in the world on the top floor.

It’s unique three tower design is also fascinating as it leaves the option for a fourth tower to be added at an additional cost of $3 billion. Once added, the fourth tower will truly make this one of the architectural masterpieces of the world.

While most of the buildings on this list are towering modern feats of engineering, there are still those entertainment complexes of the past that hold their allure to this day, as they even go about inspiring many online casino apps and platforms.

One of these is the Casino de Monte Carlo whose clientele are the envy of every online casino player and who park their lavish super car collections in front of the famous old building.

Built by the House of Grimaldi all the way back in 1863, the Casino de Monte Carlo was designed by Gobineau de la Bretonnerie, who used the Bad Homburg casino in Germany as inspiration for its design. That design is still going strong today, as casino players down the phones and tablets they use to indulge in online casino games on their giant yachts and private jets, in order to venture up the hill to the Casino de Monte Carlo for some land-based casino action.

Many of the online games that such players enjoy may not have existed as we know them today were it not for buildings like the Casino de Monte Carlo. 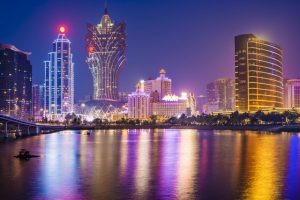 It has long been a tradition in China for architects to ape buildings and conurbations found elsewhere in the world, whether it is recreating quaint English country towns or reimagining the Las Vegas strip’s entertainment complexes.

The thing is that, in some cases, the versions of the Las Vegas complexes that have sprung up in the Chinese region of Macau are now often bigger and more impressive than the originals. A case in point is the The Venetian, which boasts a floor space of 875,000m², which makes it the 7th largest building of any kind on the planet.

Just as is the case in the Las Vegas venue of the same name, Venetian customers can enjoy gondola rides along a tranquil waterway, and imagine they are on the other side of the world in Italy.