Why Use Plastic? Diversity Usage in Many Industries 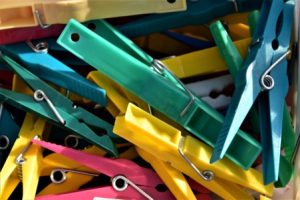 Everyone knows at least a little about plastic. It’s used so much in everyday life that people often do not think about it at all. Sometimes, the use of plastic is questioned, as it happens to create a lot of the world’s waste. But, plastic does have some extraordinarily good uses that should be considered when entering that kind of discussion.

Plastic is used in so many industries that it would be impossible to name them all. However, there are some places where you can truly see why plastic is of great importance. Let’s take a deeper look at plastic, why it’s used, and where it can be especially useful in different industries.

Plastics are a group of materials that are synthetic or at least semi-synthetic in nature, though they do come from naturally occurring components found on Earth. They are usually durable, strong, and resistant to most natural weather and temperature conditions, making them valuable in all kinds of manufacturing and engineering. As the name suggests, their plasticity makes them easily moldable, meaning plastics can be formed into many shapes suited for many uses. Plastic was first created and the name plastic was coined in 1907 by inventor Leo Baekeland and has since become one of the most commonly used materials on the planet.

How is it Made?

As mentioned, plastics are made from a variety of naturally occurring components. Most commonly, crude oil, cellulose, natural gasses, and salts are found in the production of plastics. Crude oil is often the main component, which has to first be processed and separated before it is used, due to the fact it is full of thousands of different compounds. The heavy crude oil is separated for other uses, while the other fractions of oil – made up of thousands of hydrocarbon chains – are broken down for plastic manufacturing.

At this point, two processes can be used to create plastics; polymerization and polycondensation. Both of these processes require the addition of various monomers to help form long chains of polymers, thus creating plastic as we know it. The process of making plastic has become cheaper and more effective over time. So, let’s take a look at where plastics are commonly used and why.

When constructing aerospace components, plastics are widely used – and for good reason. Obviously, air travel needs to be safe, so the plastics used need to be durable, strong, and long-lasting. Plastic like Vespel plastic is incredibly strong, meaning it can be used for a variety of components such as fuel pumps, o-rings, window seals, and more. These plastics need to be able to deal with high stress from rapid acceleration and deceleration, intense vibrations, and massive shifts in temperature. That is why Vespel plastic is so commonly used, it can withstand all of these external impacts without losing its strength or integrity. When you travel on a plane, you can be certain that the plastics used are rigorously tested and given a set shelf-life before being replaced by more of the same tough material.

Plastic is widely used in the construction industry for a variety of purposes. Look around your home and you’ll find durable plastics everywhere, due to plastics’ incredible strength to weight ratio. Almost all guttering and window seals are made of plastic because plastic does not erode when in contact with water. The same can be said for piping and electrical coverings, along with insulation. As plastic does not rust or corrode, it can be used safely on life-long components for the home. 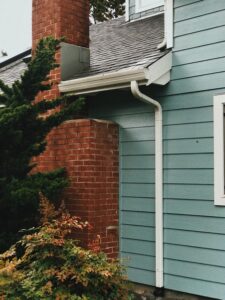 As you well know, electricity powers almost everything in modern life. In our homes, cars, gadgets, and more, you will find electrical components and a lot of plastic. Plastic does not conduct electricity in the same way as metal, therefore it is used as a protective covering on most of your household goods, tools, and other electrical components. It is also light, so does not affect the overall weight of these goods, whilst also being moldable into attractive shapes, making the modern design of electrical goods far easier and more attractive.

Some would argue that too much plastic is used in packaging, and they may be right. Packaging is where you will find the majority of plastic usage in the world. More and more companies are finding alternative solutions for some of their packaged goods, as it has become almost too easy to use plastics for everything. However, for goods that do require plastic packaging, there’s simply nothing better.

Plastic is lightweight, durable, waterproof, hygienic, and flexible, making it the ultimate choice for packaging and transporting a huge amount of goods. Again, it is malleable into many different forms, meaning you can create attractive packaging whilst also having all of the prior mentioned benefits. With more and more plastics being recyclable readily around the world, it’s unlikely that there will ever be a total abandonment of plastic packaging. There simply needs to be better facilities and resources for recycling to eliminate the amount of plastic waste created.

For many of the same reasons as aerospace usage, plastics are also found in the construction of multiple automotive parts. Fuel pumps, for example, need durable, long-lasting, heat-resistant plastic parts, while window seals need to keep the warmth in and the rain out. But, plastic is also used in the bodywork of many vehicles. This is because, once again, it is easily formed into many different shapes, making cars far more attractive. Plastic is also tough enough to help with the absorption of energy when a collision occurs, which is why many car bumpers and bodywork parts are made from plastic components. Without a doubt, without plastic, cars would be nowhere near as efficient as they are today.

With plastics having so many versatile uses amongst many different industries, it’s impossible to imagine it disappearing any time soon. While the world works on alternatives that can match up to the incredible durability of plastics, you will still see plastic used in all of these industries. Plastic is just such a useful and necessary part of modern life.