Things to Consider When Hiring a Contractor 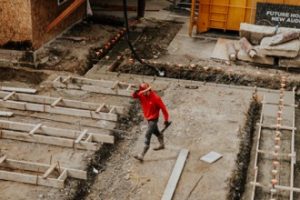 Hiring a contractor oftentimes is a better option than hiring an employee, because even though you pay a bit more upfront – you don’t have to pay taxes, social security, or benefits. But that being said, there are a couple of things that you need to know when hiring a contractor, and that is where this article comes to help.

Be Sure To Check If They Have A License

This is pretty much the first thing that you need to know. Having a license is absolutely critical, especially if you hire a contractor for a more serious job because it protects both parties from anything that could happen to go wrong during the whole process. So, be sure to do the background check in order to know for sure that you are dealing with someone credible. If it turns out that they don’t have a license, it’s better to find another contractor than to be disappointed after the construction has already started and it isn’t as easy to back out.

Do They Have Insurance?

Now this one is connected to having a license since, in many states, you need to have insurance in order to get a license. That being said, the first thing that you should do is to check the procedures in your state regarding gaining a license. Now what does a contractor’s insurance cover and why is it important for you? Well, their insurance covers a lot of different aspects, but for you, the liability insurance is probably the most important since it is there to cover any property damage and injuries that are caused directly by the contractor’s work. You can probably see now why it’s important to be sure that you check this out before hiring someone.

Get At Least 3 Bids Before Hiring A Contractor

People regularly tend to overlook this, and yes, you can get lucky and hire a great contractor that way, yet it’s a big risk doing so. Your time is valuable, and in most cases, you just want to get the job done as fast as possible. But if you make a wrong decision that is based just on the price point, you can just end up spending more time and money down the road.

So, it doesn’t matter if you are planning a big remodel or just need something minor to be done, you need to put some research in who you hire in order to make the best hiring decision. If you only talk to one contractor, how could you possibly know if you’re getting the best deal?

The biggest mistake that one could make before signing pretty much anything is not reading it fully in the first place. Even though contracts do tend to be pretty similar, you need to know the details first. Of course, when it comes to construction, the contract must be flexible to an extent since unforeseen circumstances do tend to happen. But the most important thing for you to check out is the pricing. So, read the contract and study the most important things! You don’t want to end up paying way more than you expected just because you didn’t see which items and procedures aren’t covered.

In the end, the key to hiring a good contractor and having the job done well lies pretty much fully in the research that you put into it beforehand. So, don’t try to rush through it, be careful, patient, and observant, and everything will be well.