The History of Building Regulations and Zoning Laws 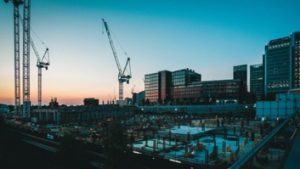 The major goal of building codes and the consequences of violating zoning laws is to keep the public safe and healthy. When it comes to the construction and use of buildings and structures, the welfare of the community is a top priority.

Before having actual zoning laws and building regulations, cities generally limited what can be built by having disturbance ordinances. If a person didn’t like how their neighbor was using their land, they would bring them to court and have a judge determine what to do.

What are building regulations and zoning laws?

Building regulations provide guidelines for the design and construction of structures to protect people who use them. They also include regulations for conserving energy and providing facilities for individuals, especially those with impairments, to enter and move about inside buildings.

The local government makes sure that all construction work conforms with the regulations. If your work does not meet the requirements, they may ask you to change or remove it or comply within a certain amount of time.

Zoning helps local and national governments oversee and manage land and property markets to guarantee that commercial land uses are maintained. Zoning can also help to speed up or slow down growth in certain locations.

The complexity of regulations and zoning laws is exactly why you have to hire a skilled and knowledgeable property developer when building a new property.

In 1758 B.C., King Hammurabi of Babylon created the earliest known documented building code. The harsh consequences of its law stated that people who design and create for others are responsible for the quality of their work.

The code said that if a builder had constructed a house for a man and his work was not sturdy, and the home he had constructed collapsed and killed someone, the builder should be killed.

Without licensing, precise regulations, or permits, such penalties slowed innovation, but they also kept most builders ethical. However, this regulation didn’t apply to people who were building homes for themselves or their families. 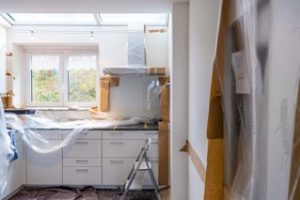 Structure standards began to address the danger that buildings posed to surrounding buildings and the public after the major fires in London in 1666 and Chicago in 1871.

Crowded cities not only affected the creation of traffic signals but also caused the start of building regulations.

In 1625, the first building regulations in the U.S. were developed, addressing fire safety and specifying roof covering materials. Wooden chimneys and thatch roof coverings were forbidden in Boston in 1630.

George Washington championed the creation of building codes to help set basic requirements for the health and safety of people.

In 1788, the first official building code in the U.S. was drafted in Salem, Massachusetts, which was widely known for fires because of their witch trials. Larger U.S. towns began developing building regulations in the early 1800s, and New Orleans was the first to implement a statute requiring public place inspections in 1865.

In 1905, the National Board of Fire Underwriters, a U.S. insurance agency, developed the National Building Code to reduce hazards to property and building occupants.

By 1940, there were three regional code groups in the U.S., each with its own code. These three organizations and their codes merged to form the International Code Council (ICC), and the first set of codes was issued in 2000.

The Emergence of Zoning Laws

As previously stated, before zoning, cities mostly limited what could be built through disturbance ordinances. So just as you would take a neighbor to court today for annoyances, back then neighbors could take one another to court and let a judge determine what to do when construction became annoying.

That procedure had already grown burdensome by the 20th-century in New York when new building methods in Manhattan were being pushed. Constructors were pushing building heights higher than ever, which denied communities sunshine and air. Plus, retail, residential, and commercial buildings were infringing on one another.

A historic 1885 law limited the size of buildings to one-and-a-half times the width of the roadway. Yet, in 1909, when builders challenged Boston’s decision to limit buildings surrounding Copley Square to 90 feet, the U.S. Supreme Court found that height limitations were valid.

At 538 feet, the Equitable Building threw a seven-acre shadow on nearby structures, reducing their value and laying the way for the nation’s first comprehensive zoning legislation.

As housing growth increased, more zoning laws were enacted to keep up with the uproar and spread of construction.

The Role of Zoning and Building Regulations Today

Today, zoning is a tool used by governments to limit growth and development. It is intended to reduce congestion and land use issues. Zoning rules also let property owners know what they can and can’t build on their land, as well as how they can use those properties.

Many do not realize it, but zoning laws and building regulations keep them safe and healthy. They also protect property values, even the value of homes as it relates to insurance. If it weren’t for the trial and error of the past, the face of our country would not be what it is today.

Imani Francies writes and researches for the legal advice site, FreeAdvice.com. She enjoys helping people understand regulations and zoning laws so they can build their best forever home.