The recent update to the New York City Construction Codes, set to take effect January 1, 2022, is a game changer for mass timber, now approved as a Type IV construction material for projects built to a maximum height of 85’ or the equivalent of up to six stories. With the new code change, the Swinerton New York team brings the expertise of its over 130-year-old legacy in the building industry along with its affiliated mass timber company, Timberlab, Inc., to the Big Apple.

Since its founding in 1888, Swinerton, and its affiliated companies, have grown into a $5 billion, 100% employee-owned company with over 4,000 employees, and more than 2,000 craft carpenters and laborers. This diverse employee base gives the company the ability to self-perform many jobs other firms would have to outsource, including cleanup, concrete, drywall, demolition, doors/frames/hardware, electrical, rough carpentry, millwork and associated scopes. Along with that, Swinerton specializes in new building materials, techniques, and tools that have been transforming the construction industry.

Timberlab grew from the desire to accelerate the mainstream adoption of mass timber in the U.S. Commercial construction market. In 2016, Swinerton built the largest installation of cross-laminated timber in the U.S. at the First Tech Federal Credit Union Oregon Headquarters.  The project resulted in cost and schedule savings through embracing the prefabrication potential of mass timber, and self-performing the installation of the structure.  In 2020, anticipating the growth and need for focused specialization in the market, the new company Timberlab was created from the experienced resources of Swinerton’s Mass Timber division.  A fabrication facility was opened in Portland, OR, to expand the supply chain and help drive down the premiums associated with mass timber.

“Mass timber continues to increase as a desirable building material and alternative to steel and concrete because of its sustainability as a renewable resource and its architecturally aesthetic finishes,” says Chris Evans, President of Timberlab.

Mass timber engineering is increasingly used as a construction technological solution in the construction industry, and in major cities around the world, particularly in low-to-mid-rise structures, as well as interiors. It is a growing alternative to concrete and steel due to its environmental sustainability, cost effectiveness, shortened build times, and aesthetics.

As a building material, mass timber is lighter than steel and concrete with one fourth of the weight and represents 20% of the cost of a building with less impact on the environment, answering the global demand for delivering carbon neutral or carbon negative buildings. For interiors, the beauty of mass timber is in the simplicity of the system – both structure and finish – with less environmental impact.

“As the AEC community becomes more educated in the advantages of mass timber construction, the possibilities are limitless and over time mass timber will become the preferred structural system,” adds Erica Spiritos, Preconstruction Manager of Timberlab.

A major reason for timber construction’s sustainability impact is that it is a renewable resource that holds atmospheric carbon. Using mass timber as the primary structural system of a building results in the lowest embodied carbon compared to alternatives such as concrete and steel. 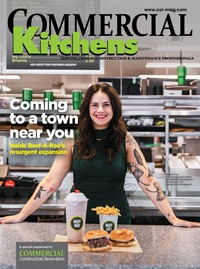 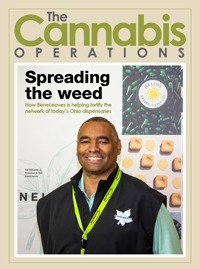 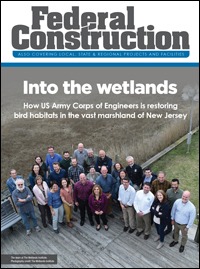