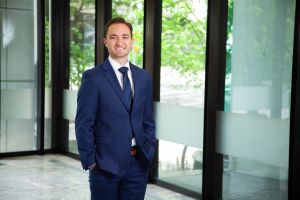 Smith, Currie & Hancock LLP (Smith Currie), one of the nation’s most recognized construction industry and government contracts law firms, today announced the opening of a new office in Nashville, Tennessee, effective immediately. The expansion further broadens the firm’s national footprint to provide legal counsel to construction, engineering and other companies involved in public works projects and private commercial development and construction in one of the nation’s fastest-growing metropolitan areas.

The firm consistently is ranked with high marks by Chambers USA, which analyzes and recognizes the leading lawyers and law firms across the United States in annual ranking guides; U.S. News & World Report for its annual “Best Law Firms” list; and Construction Executive for the publication’s prestigious “Top 50 Construction Law Firms” list.

Smith Currie’s leadership team has been eyeing Nashville’s major growth during the last few years, as evidenced by Metro Nashville Codes and Building Safety Administration’s issuance of more than 14,000 building permits in 2021 valued at nearly $5.5 billion. The fact Nashville has broken its own record for construction permit values for the third consecutive year made the decision to open a new law office in the city an obvious and informed choice. The firm already represents a large number of clients based and/or conducting business in Tennessee.

“As a national construction industry law firm, Smith Currie’s partners and leadership team believe Nashville is ideally situated for continued, unprecedented development growth and our firm’s expansion to the city,” said Jeanne Harrison, an associate attorney with Smith Currie who moved from Atlanta, Georgia, to open and oversee the new Nashville office. Harrison, who is a native Tennessean, maintains a national-scope law practice focused on construction law that is rooted in Georgia and Tennessee.

Harrison will spearhead the new Smith Currie office in the downtown One Nashville Place building, from which she will work closely with the firm’s construction industry clients who are corporately located or have building projects in the state and region. She has made early inroads in the region, involving contract reviews for new construction projects, offering in-house training seminars and presentations, and opening project counsel opportunities for large commercial projects.

A newly launched Market Maker Spotlight Series is being co-hosted by Harrison. The series comprises events that bring together stakeholders and leaders in Nashville’s real estate and construction industries to expand relationships and professional learning opportunities among peers and thought leaders.

Living and working in Tennessee will be familiar to Harrison, as she grew up in Murfreesboro and earned a Doctor of Law (J.D.) and Master of Public Administration (M.P.A) from the University of Tennessee College of Law. She is also an active member of the National Association of Women in Construction (NAWIC), Nashville Chapter, among other Tennessee associations and organizations.

Associate attorney Alex Hoppestad will also be relocating from Smith Currie’s Atlanta office to Nashville this spring to join Harrison in servicing the firm’s area clients on the ground. Hoppestad is a native Tennessean and graduated from the University of Tennessee College of Law.

Five other Smith Currie attorneys are also licensed to practice law in Tennessee, yielding a strong presence and legal bench representation to address the needs of construction-focused businesses in the state. These attorneys include Bill Baggett, Phil Beck, Alex Jennings, Brent Laman, and Steven Stuart.

One of the primary functions for the Nashville attorneys will include drafting and negotiating project contracts for clients as a result of the region’s accelerated construction growth.

“Our construction law services, often referred to as ‘From the Ground Up,’ lend support and legal counsel to construction businesses from the beginning of their projects at the contract negotiation phase to complete close out,” said Eric Nelson, the national managing partner for Smith Currie. “There is no better place currently than Nashville to grow Smith Currie’s presence, while we assist our clients as they grow the city, state and region.” Learn more: www.smithcurrie.com.