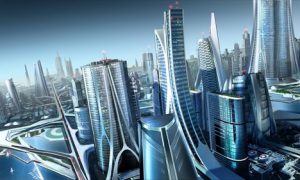 The smart city concept is not new; Amsterdam was ranked as the first smart city in 1994. Globally, $679.5 billion is spent on the development of smart cities in 2020.

It is predicted that the amount of investment will increase every year.

Saudi Arabia also joined the race of developing a smart city. Saudi Crown Prince Mohammed bin Salman announced the development of a smart city in the Northeast of the Kingdom.

Let’s elaborate on the smart city in more detail.

The vision of a smart city is named ‘Neom’. The city is set to be located in the province of Tabuk. The total covered area of the city will be 10,200 sq m. around $500 billion will be spent on the creation of Neom.

No foreign country has announced to invest in the project to date. All the investment will be acquired from; The Public Investment Fund and Local Financers.

The city will run along the coast of the Red Sea for 285 miles. On the other side of the city is the Jordanian and Egyptian border, which is not far from Israel. 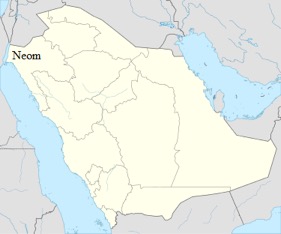 The project will be 100% sustainable with zero carbon emission. There will be no car, and all the services will be available in less than five minutes of access.

For this, a large number of human resources will be required. Intellectuals and professionals will be invited from all over the world to cater to all the requirements of Neom.

It is estimated that Neom will produce 380,000 job opportunities adding $48 billion to the Saudi economy by 2030.

How will it Work?

The city will be segmented into three different tiers. The first tier will consist of 80,000 citizens providing every lie necessity at the doorstep.

The second layer will be the invisible infrastructure, that is, the service layer. All the necessary facilities like; schools, medical clinics, and leisure facilities will be present in this area.

Underneath the service layer, there will be the spine layer. That will be equipped with next-generation transport, and it will only take 20 minutes to travel from one end of Neom to other ends.

The city will be functional on the excessive usage of technology. The city wills has its operating system named ‘Neos’ based on data collected through different resources. Building and infrastructure will be smartened by the IoT devices installed by the city at every residence.

To predict the maintenance requirement AI and data analytics will be used. The technology will predict the health of equipment and alarm the authorities.

Current smart cities use only 1% of the available data; whereas, Neom will use 90% of the resident’s data.

What Will You Get?

Predictability is the main feature that will be visible in the city. Neos will start collecting data as soon as residents step down from the plane. This data will be used to predict the next move of the residents.

The city’s operating system will pre-schedule a shuttle or bus to transport you from the airport to your residence. If you are tourists, then it will drop you at your pre-booked hotel.

Tourists will not need any sort of pass or thumb impression to access their rooms. The security system will use facial recognition.

The health and fitness of the residents will be monitored regularly. The OS will automatically send an ambulance if someone stays on the ground for too long.

The residents will be provided with ultra-fast internet service; they can utilize research proposal service within five minutes or lesser. These data will be stored in the cloud secured by next-generation quantum cryptography.

There will be no concept of crime, as the city will be monitored through security cameras.

Role of Local Government in NEOM

Local governments are launching a pad for smart cities. Without the local contribution, there will be no smart city.

Controversies surround the project of Neom since its announcement. The major controversy is the evacuation of the Howeitat tribe from the location. The Northeast of the Saudi Kingdom is inhabitant by a tribe unwilling to evacuate their land to develop the city. 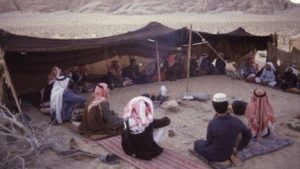 Abdul Rahim al-Huwaiti, the presenter of the Howeitat tribe, protested against the development of Neom and the destruction of their home towns. According to the BBC, Alya Abutayah Alhwaiti, a Saudi human rights minister, challenged the Crown Prince. The Saudi security forces assassinated her.

Forces accuse that she was armed and open fire on the guards. The reality of this controversy is subtle from the common public due to the strict foreign and human rights policies of the Kingdom.

Can this Vision Be a Reality?

The smart Saudi city will out throw any smart city in the world. The concept and planning of the city will make the city, most modern one across the globe.

Though, the transformation of this vision into reality is a little blurred. The first reason for this is the hefty amount involved in the development. It seems that the current Saudi economy and oil prices cannot afford the burden of this city. The second issue is the controversies attached to the city.

I hope the details of the city that I have mentioned above will help you acquire an overview of the smart city.

Samantha Kaylee is currently working as a Content Executive at Crowd Writer, the organization famous for providing coursework help UK. She has a keen interest in observing smart city developments across the globe.