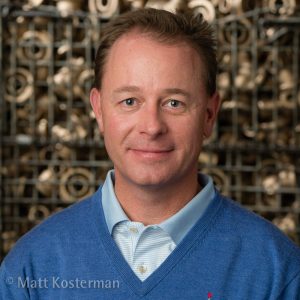 “I am proud to announce this promotion today,” said Kirk Allen, president and CEO. “Throughout his tenure at Sloan, John has contributed significantly to growing our business. His experience positions him to lead our business development efforts in North America.”

Aykroyd graduated from Texas A&M University with a bachelor’s degree in industrial distribution. He is based in Franklin Park, Illinois.

Sloan is the world’s leading manufacturer of commercial plumbing systems and has been in operation since 1906. Headquartered in Franklin Park, Illinois, USA, the company is at the forefront of the green building movement and provides smart sustainable restroom solutions by manufacturing water-efficient products such as flush valves, electronic faucets, sink systems, soap dispensing systems, and vitreous china fixtures for commercial, industrial and institutional markets worldwide. Follow Sloan on Facebook, Twitter, LinkedIn and on YouTube.