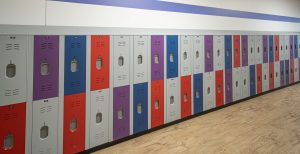 Once a bustling center for dozens of retail stores, a grocery mart and cleaners, the nearly abandoned Mendenhall Square Shopping Center in Memphis, Tennessee was recently purchased for $2.4 million by Gestalt Community Schools (GCS). This bold move allows for the latest expansion by founders Yetta Lewis and Derwin Sisnett, the dynamic pair behind the transformation of a desolate, 227,000 square foot strip mall into a thriving educational and community hub for Hickory Hill’s students and families.

Modeled after the concept that “The whole is greater than the sum of its parts,” GCS initiated the mission to revitalize the underserved students of Memphis’s Hickory Hill neighborhood in 2008 when it debuted the Power Center Academy for sixth graders.  Early and significant increases in the pilot program’s academic achievement helped propel growth. Over the next several years, Lewis and Sisnett oversaw construction of the Power Center Academy High School at Mendenhall Mall followed by the Power Center Academy Middle School, which is located directly across the street in a separate facility. But they didn’t stop there.

After acquiring the entire Mendenhall Shopping Center, the GCS team enlisted the services of Fleming Architects, a Memphis-based firm with Senior Project Manager, Tamara Redburn and her team taking on the shopping center to school remodel. The GCS commitment to community involvement, service, humanitarianism and scholarship, inspired Redburn and her team to “create spacious, open facilities with a great deal of light and bright colors to provide a vibrant and inspiring learning environment for every student.”

The versatility of Scranton Products’ Duralife® lockers proved an ideal fit for the design scheme.  “We were looking for a more collegiate feel at the 9th Grade Academy,” explained Christy Darr, an interior designer at Fleming Architects. She added, “We also chose products that would definitely blend right in with our rainbow color scheme at the elementary school.”

In a variety of Duralife® colors, the lockers were installed at the 75,000 sq. ft elementary school to complement the differing colors signifying each of the building’s six grades.

Darr noted, “The Duralife® lockers wear well in a tough surrounding filled with young kids. Plus, charter schools tend to have quieter, more disciplined atmospheres that could easily be disrupted by the constant clanging of metal lockers. So, the HDPE design was ideal for the composed, comfortable school setting we were looking to create.”

An additional 115 Duralife® lockers were then used at the 9th Grade Academy, a one-story learning facility housing an administrative suite, seven classrooms, art and music rooms, a science lab and multi-purpose room doubling as the school cafeteria. The vast and nuanced color schemes allowed the designers to select grey, blueberry and charcoal to blend with the facility’s navy, gray and white school colors.

In addition to the vibrant and wide array of standard color options that fell directly within the school’s tight budget, Fleming Architects and GCS officials selected Duralife based on their capacity to withstand the harshest daily use, while being low maintenance and easy to clean. With 25 – 100% post-consumer recycled content, Duralife’s HDPE material is also naturally resistant to bacteria, mold, mildew, dents and graffiti.

In a recent interview, CEO and co-founder Yetta Lewis described a GCS education as an opportunity to “defy the odds.” That guiding principle was applied to all aspects of new construction. Designers and contractors were selected to complement Gestalt functionality while providing an enduring and clean environment for learning.

Redburn’s team had used the Duralife® lockers previously at another institution and were immediately pleased with their look, feel and durability. As designer Darr said, “They’re much quieter than metal lockers, which was a definite plus for the Gestalt school atmosphere. Other benefits included the ability to create really cool color patterns within the school’s limited budget.” She added, “Everyone was deeply pleased with the outcome!”

In September of 2019, with the help of overwhelming community buy-in and a series of educational grants, the culmination of Lewis and Sisnett’s grand plan was realized. With the charter’s opening of both new facilities, GCS now provided services for all grade levels. But the visionaries had further plans.

Redburn noted “The redesign and repurposing of the Mendenhall Mall is just the next phase of Gestalt’s plan to build an entire ecosystem that integrates community service and higher learning with the ongoing addition of amenities like a new preschool, daycare, restaurants, fresh produce markets and more green spaces.”

She reflected, “Driven by the reality of failing schools and businesses, bankruptcies and foreclosures, Gestalt reinvigorated the local area with a renewed emphasis on service and exceptional educational programs defined by rigorous standards and academic achievement.”

Currently ranking in the top 5% of Tennessee’s’ schools, Gestalt Community Schools have indeed defied the odds and demonstrated that the whole community is greater than the sum of its parts.

With more than 30 years of experience, Scranton Products is the industry leader in plastic bathroom partitions and lockers. Endless design options and an array of designer colors and textures provide confidence and elegant style in every project, creating a lasting impression. Proudly made in the USA and constructed from premium-grade solid plastic, our products’ unmatched durability withstands dents, scratches, corrosion, graffiti and mildew. Backed by sustainable technologies and industry-leading warranties, with our partitions and lockers you are investing in peace of mind. 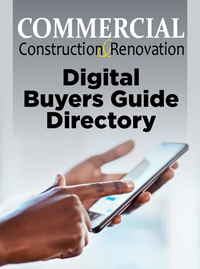