Posted on September 7, 2020 by Mike Pallerino 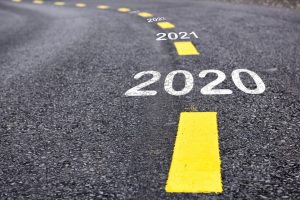 Employing some of most in-demand occupations—such as construction and extraction roles—in 2020, the US construction industry lost about 1.1 million jobs from February to April, according to analysis from LaborIQ by ThinkWhy. The losses were impacted as the industry faced worker safety, funding, material shortages and a failure to meet contracted project timelines.

As states began to reopen in May and June, the construction industry began to make positive progress in recapturing its lost jobs. Through July, the industry had refilled 59% of the 1.1 million jobs it lost during the first two months of the pandemic. To note, with the recent rise of COVID-19 cases, progress has slowed.

In July, only 20,000 construction jobs were filled, compared to 163,000 in June and 456,000 in May. Additionally, demand for new construction in certain industries will be impacted significantly in the near term. Some real-estate sectors, like retail and accommodations, as well as projects dependent on local tax dollars, probably will lag behind other industries on the road to recovery due to the current disruption in demand and funding.

By February 2020, the construction industry had its highest job count in 12.5 years (7.6 million jobs), regained all but 87,000 jobs lost during the previous downturn and was on track to be a top performer for 2020. In fact, construction and extraction occupations were predicted to see some of the highest wage gain, job gain and job growth during 2020. The year was off to a strong start with 84,000 jobs added through the first two months of 2020, the second highest year-to-date total for February since 2007, until COVID-19 hit.

Industry impact & adjustments
The impact of COVID-19 on the construction industry was almost immediate. In mid-March, many municipal governments began to issue shelter-in-place orders and work that was deemed non-essential was shut down. While construction projects continued in some areas of the country, the work was delayed, as construction crews struggled with social distancing requirements and interruptions to their supply chains.

The U.S. construction industry will remain a vital part of our nation’s economic growth. LaborIQ by ThinkWhy currently projects the overall sector to regain all its lost jobs by late 2022, roughly a year faster than the national average.

Construction projects came to a near halt in April, as contractors and developers were unable to receive permits for new projects. Crews had to follow strict adherence to handwashing and physical distancing between workers. Most companies made do with smaller onsite crews, and electronic approvals replaced paperwork. Many firms worried about funding drying up, that changed on April 6, when the US government approved construction companies meeting either the 500-employee threshold or annual revenue ceiling to be eligible for Paycheck Protection Program (PPP) loans.

The disruption of global supply chains impacted all sectors. Common building materials, such as steel from China, tiles from Italy and stone from Spain, were delayed in reaching their destination. As COVID-19 impacted multiple industries, the need for increased cleanliness and social distancing, as well as the uncertainty of the long-term effects of the virus, affected the transportation of goods. This disruption also took place within the United States, as virus prevention rules and shelter-in-place orders varied across locations.

Within a two-month span, the construction industry lost 14% of its jobs. Beginning in May and continuing through July, the industry rebounded significantly and is only down 5.8% from pre-pandemic levels. In comparison, an all-industry average in the US is closer to 9.1%. Some sectors within the overall industry have been even more resilient. In particular, residential construction already is back to 96.8% of its pre-COVID-19 level due to a surge in homebuilder confidence.

Specialty trade contractors also have fared better, at 94.4% of the employment level from earlier this year. While still outperforming the national average for all industries, non-residential building construction (92.2%), and heavy and civil engineering construction (92.6%), which includes infrastructure such as highways and utilities, underperformed in the construction industry total.

The recovery outlook on the horizon
The biggest unknown to the recovery is COVID-19. Until a vaccine is widely available, the economic starts and stops probably will persist. In the meanwhile, as parts of the country are able to control the spread of the virus, the economy begins to improve.

While large coastal metros, like New York City, Los Angeles and Seattle, had borne the brunt of the virus, southern and western states are beginning to experience some of the slowdown, as infections rise in those areas. These changes can be seen in the differences in the construction industry’s unemployment and job gain numbers across these regions.

The biggest unknown to the recovery is COVID-19. Until a vaccine is widely available, the economic starts and stops will probably persist.

Residential construction has been in catchup mode after trending well below long-term averages for the past decade, and it has tailwinds for future demand, especially in a post-COVID-19 world. Single-family construction is catering to a large wave of millennials, the oldest of which are approaching 40 years of age.

Multifamily construction and building new properties that command above-average rent levels due to the cost of construction could benefit from continued job growth in key sectors that produce demand from class A rent levels, such as young professionals in technology and financial activities. Specialty trade contractors who work on both new and old properties across the industries also will benefit.

Non-residential building construction likely will face more turbulence in the near term. The virus’s impact to the dining and accommodations industry will put a squeeze on future construction until demand is able to fully return. Retail, especially those other than grocery stores, has been transformed by a combination of technology and the pandemic, and its already uncertain future is even cloudier.

Still, those industries are projected to recover most or all of their previous jobs based on LaborIQ by ThinkWhy’s forecast, but the road is much longer—likely from 2023 to 2026. Regaining occupancy in existing space will take precedent over new construction in many areas.

One of the biggest changes in both construction and the economy overall is where people will choose to live. The exodus of people outside of expensive metros, like San Francisco and New York City, to smaller, more affordable metros may become a permanent move. As another plus, the smaller density of suburbs usually correlates with a decrease in the spread of COVID-19.

As construction resumes, we may begin to see more projects focused on residential and commercial move away from densely populated metros, as developers try to capitalize on the migration to suburbs and smaller metros.

The US construction industry will remain a vital part of our nation’s economic growth. LaborIQ by ThinkWhy currently projects the overall sector to regain all its lost jobs by late 2022, roughly a year faster than the national average. It will be one of the strongest industries leading us out of the pandemic.

Jay Denton serves as Senior VP of Business Intelligence and Chief Innovation Officer at ThinkWhy. In addition to leading the company’s business intelligence unit and product innovations, his focus is on sustaining a culture of thought leadership. His expertise in market analytics and media engagement are a cornerstone for the organization. For more information, visit www.thinkwhy.com.