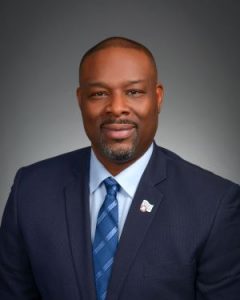 With growing attention on energy infrastructure and investment around the country, finding enough union electricians trained in critical renewable skills to fill the job pipeline will be a challenge. Certain regions of the country, like Illinois, have passed aggressive clean energy bills which will increase the need for electricians with training in solar energy and electric vehicle infrastructure.

To fuel the expected growth of 4% to 45% reliance on solar energy in the US by 2050, the country has no time to waste in training a workforce in advanced solar technology. According to the Bureau of Labor Statistics (BLS), 82,200 openings for electricians are projected each year, nationally, on average, over the next decade, including in renewable energies like solar. The IBEW-NECA Technical Institute (IN-Tech) located in Alsip, Ill. is the only facility in the nation of its kind to train union apprentice electricians through an extensive renewable energy curriculum.

The BLS forecasts increasing numbers of electricians will be needed to link alternative power sources to homes and power grids over the coming decade.

“We are confident we are prepared to meet the ever-changing demand for skilled labor, even amidst the national labor shortage,” said Gene Kent, Director, IBEW-NECA Technical Institute. IN-Tech is part of Powering Chicago, which represents a labor-management partnership between Chicago and Cook County electricians and contractor members of IBEW Local 134 and the Electrical Contractors’ Association of Chicago and Cook County.

The program has 1,500 apprentices enrolled at their 25-acre, state-of-the-art renewable energy training facility, and they’re seeing interest increase in their apprenticeship program.

The apprentices receive a combination of in-classroom with on-the-job education where they learn to assemble, install, maintain and test electrical equipment and wiring systems in residential, commercial, and industrial settings. Over the last 120 years, thousands of apprentices have graduated into highly skilled union journeypersons, with expertise in advanced electrical technologies. Graduates continue their education at the Technical Institute with ongoing training programs throughout their careers.

Specialized training in emerging technology will become a priority as more companies and citizens adopt solar technologies. A recent report from Wood Mackenzie projects solar costs will drop in the next decade, potentially making solar the lowest-cost power resource in all U.S. states by 2030. Additionally, demand for solar currently exceeds installation capacity, with no signs of decreasing.

In addition to the soaring job growth expected with the nations’ move toward clean energy, new research from the Georgetown Center on Education and Workforce, titled The College Payoff: More Education Doesn’t Equal More Earnings, shows that for the first time, many workers with on-the-job skills earned in programs like apprenticeships (but without college degrees) are outpacing their peers with college degrees, bringing home an equitable or larger paycheck. According to the study’s authors, between 2017 through 2019, on average, 16% of high school graduates, 23% of workers with some college and 28% of associate degree holders earned more money than half of all workers with a bachelor’s degree.

Not graduating with student debt is also a bonus for many electrician apprentices completing their training at IN-Tech.

The job outlook is promising in the Chicago area, with the fourth-highest employment level of electricians nationally according to the Bureau of Labor Statistics (BLS) and one of the top 10 regions for pay with an average annual mean wage of nearly $85,000.

For more information about Powering Chicago’s innovative IN-Tech apprenticeship program, investment in the future of skilled labor and commitment to paving the way for the next generation of skilled electricians, visit poweringchicago.com.

A former business representative for IBEW Local 134 and longtime member of the union, Elbert Walters III now serves as the executive director for Powering Chicago, leading the organization’s 100+ philanthropic and community impact initiatives each year and playing a key role in its daily operations. Walters brings to the position a deep understanding of the unionized electrical industry’s commitment to better construction, better careers and better communities. In his previous role at IBEW Local 134, Walters worked with colleagues to represent the interests of more than 13,000 electricians in metro Chicago. A Local 134 electrician himself, Walters began his career in the trades as an electrical apprentice at the IBEW/NECA Technical Institute, where he received the Apprentice of the Year award during his final year in the program before becoming a journeyman electrician. While working in the field, Walters served as a journeyman wireman and foreman at several electrical contracting companies in metropolitan Chicago, including Meade Electric, Divane Brothers Electric and MZI Group, Inc.