It’s an awful and unpleasant thing to be involved in an accident. People often become traumatized and sustain injuries. The victims may find themselves off work until they are physically recovered. During this time they may be facing medical bills and other financial challenges.

Whilst some injuries are sustained through our own mistakes, others occur because a third party was responsible. In these situations, traveling it may be possible to claim financial compensation. Sadly, not everyone is prepared to admit liability at these times. The last thing a victim will want is a long legal battle while they struggle with their own health. This article explains some of the key elements to proving the liability of another. 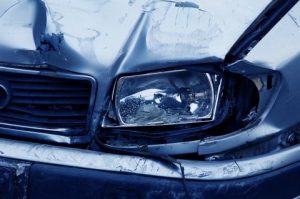 The Power Of Legal Assistance

In 2018 the New Jersey Department of Transportation recorded a total number of 278,413 car accidents. According to a personal injury law firm in New Jersey people frequently seek obligation-free initial consultations. They want to receive help with gathering the evidence and dealing with professionals and experts. People also want an advocate to aggressively negotiate a fair compensation sum.

Many personal injury lawyers will only require payment if they win the legal case. Whilst professional help involves finance, statistics reveal that people usually gain a higher settlement figure with their help rather than without it.

In order for a compensation payout to be successfully gained, the injured party will need to do two things:

Basically, it has to be legally demonstrated that one party had a duty of care over the other. This must be shown to have been breached – either by careless action or careless inaction.

The damages will relate to such things as medical expenses, rehabilitation fees and ongoing care costs. The victim may have lost their salary while they were unable to work. They may now have a reduced earning capacity following the injury or even be unable to ever work again. If a property has been damaged there will have been repaired or replacement costs incurred. Added to these factors are emotional distress, pain and suffering, and loss of enjoyment of life. 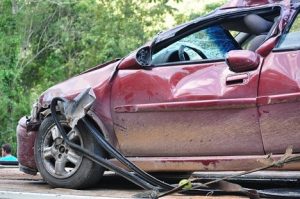 It may be that people saw the accident occur. A drunken driver may have been swerving before the collision. Alternatively, the witnesses may have seen the person drive through red lights, or exceeding the speed limits.

If an incident occurred on a construction site, it may be that a reconstruction of the event will be created. Building professionals may become involved in assessing the injured party’s claims.

Both a doctor’s and specialist’s medical reports will provide important information on the victim’s condition and long term diagnosis. The healthcare professional may also be able to confirm whether the injury sustained was in keeping with the victim’s statement of events.

If a road had been poorly maintained, photographic evidence could be key for the case. There could be photos showing loose gravel, potholes, poor lighting, overhanging trees and so on. Photos of the vehicles and their damage could also help confirm what actually happened. There could be skid marks on the road too.

In many circumstances, the Police are required to attend road incidents before the involved parties are allowed to leave. They then issue a report that can be an important assessment of the events.

Once again, an attorney’s help can prove indispensable. Different states have slightly different laws, and truck incidents are different legally than those involving cars. Perhaps a defendant has fled the state or the witnesses don’t agree. There may have been administration errors when the case was compiled or the insurance companies are aggressively resisting the case. Things also get complicated when there are several defendants, or when both the victim and the other party were both partly responsible for what occurred.

Until a full medical diagnosis has been reached, the settlement figure will be uncertain. The responsible party may offer a lower figure in order to quickly close the case.

As we have seen, it can be a lengthy and complex process proving the liability of another party. With the help of a legal advocate, however, a person will be best placed to achieve a fair legal settlement.