Nine Ways The Body Changes After You Quit Drinking 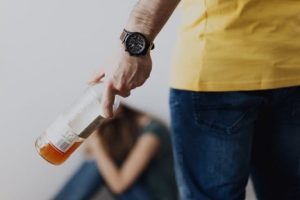 Did you ever stop and think that your happy hour was making you less happy? Excessive alcohol consumption promotes significant changes inside an individual’s body, mostly bad ones. So, quitting alcohol – for even just a few days – can have a substantial impact on your mind, body, and general wellbeing.

However, while staying away from that bottle of wine or whiskey might be the latest trend these days, it is easier said than done.

So, no matter what your alcohol consumption levels are, the withdrawal will be temporary. However, the long-term benefits of quitting alcohol will be ever-lasting.

You probably know a few of them already, including weight loss, lowered cancer risk, improved heart health, and much more. But, if you’re a frequent drinker who doesn’t want to quit, you might want to know about a few changes that your body goes through if you cut out liquor for a while. To give you an idea of how your body changes after you quit drinking, we’ve gathered a list of benefits for you that you can expect to reap once you decide to throw away your shot glass in the trash can.

Although continuous drinking will eventually put you to sleep, it will disrupt your sleeping cycle altogether. It is time for you to consider online alcohol treatment and decide once and for all that you don’t need it to sleep; why?

According to research, drinking alcohol, especially before going to bed, increases your brain’s alpha wave patterns. Unfortunately, these waves don’t help you out at all if you’re looking for restorative sleep.

However, when you quit alcohol, you sleep better and feel sharper and refreshed the next day. So, if you’re having trouble sleeping and want to give up drinking to sleep better,

Once you register for online alcohol treatment, you’ll realize it’s easier than you expected because online treatments work around your liking, so it’s a win-win situation – that is, if you’re serious about quitting.

Hangovers can be extremely draining. However, if you don’t drink, you can altogether avoid hangovers. And fewer hangovers result in less fatigue and a more energetic body. As mentioned above, drinking disrupts our sleep. So naturally, quitting alcohol will improve your energy level and mood when you wake up with no hangover the following day.

According to a Sleep and Vigilance report, heavy drinking drastically increases daytime sleepiness while slowing down your body’s response times.

In a 2013 research, 14 employees from the New Scientist magazine took a short-term break from drinking. These individuals usually drank anywhere from eight to sixty-four twelve beer bottles a week. Ten of them gave up drinking for five weeks, while four didn’t.

Healthcare professionals from the Institute for Liver and Digestive Health took samples of these ten individuals’ blood and tested them for any changes. They discovered that the ten participants’ liver fat levels decreased around 20 percent. Their blood glucose levels also dropped by 16 percent.

Even if you consume it in small amounts, alcohol can disrupt your digestive system by increasing or decreasing the stomach’s gastric acid production and affecting its ability to digest food. It also affects your digestive enzymes’ ability to function correctly.

When your stomach’s functions are impaired, you won’t be able to digest food properly. In addition, according to studies, drinking alcohol while you eat your meals slows down digestion. So, consider quitting alcohol if you want to avoid digestive issues such as acidity or GERD.

If you’re used to consuming a few glasses of wine and a couple of ice-cold brewskies, you might want to consider quitting alcohol and replace your nightly ritual with plain old water. Not to mention, alcohol flushes your body of its fluids through urine.

So, it is a diuretic. Drinking less alcohol, undergoing alcohol rehab, or better yet, ultimately going cold turkey, will allow your body to retain its fluids for proper electrolytic balance and hydration.

As per the American Heart Association, alcohol consumption leads to higher triglyceride levels in your blood. Such a thing results in plaque buildup inside your arteries, leading to heart diseases or death! But, you might ask, how?

To prove this point, a study taken out from the Current Opinion in Lipodily journal, drinking alcohol closely relates to fat ingestion. It is because alcohol consumption triggers your hypothalamus signal, which triggers binge eating.

So cutting out alcohol means you’ll be binge eat less, and your heart will remain healthy for a long time.

While a few cocktails or two or three glasses of wine will set the mood, alcohol is a depressant. It’s the last thing someone wants while in bed with their significant other. Moreover, it can drastically reduce a man’s ability to maintain an erection, reducing a women’s libido.

While beer contains plant-based estrogens dampen fertility and virility, all types of alcoholic beverages, be it wine, gin, or whiskey, reduces a man’s liver’s ability to convert estrogens into androgens.

If you’ve ever gone a few days without your favorite alcoholic beverage, you’ve likely noticed your clothes fit a little better. It is because when you quit drinking, you’ll consume fewer empty calories( calories that contain no nutrients whatsoever).

When this happens, your body can burn the ‘other’ calories you consume.

As alcohol is a diuretic, it expunges your bodily fluids. Alcohol also reduces your body’s ability to produce antidiuretic hormones, which lowers its water absorption capabilities. All of the side effects eventually show up on your skin, especially your face.

However, after being sober for a few days, you’ll see that your skin looks fresh and retains its moisture. Also, you’ll notice that skin disorders such as rosacea, dandruff, or eczema might improve over time.

Whether you are thinking of sobering up or cutting back alcohol consumption for a few months, you’ll likely reap many health benefits. That said, alcohol isn’t harmful if consumed in moderation.

However, if you go berserk and chug down a six-pack every day, chances are you’ll experience health problems sooner rather than later. So, look at the benefits mentioned above and consider cutting down alcohol or eliminating it from your everyday diet completely; you’ll be glad you did.