Make A Construction Site More Secure With These Tips

Construction sites are often susceptible to theft and vandalism. The best way to avoid these problems is to create a secure perimeter around the site. This can be done by boarding up windows, placing razor wire on fences, installing security cameras, and more! 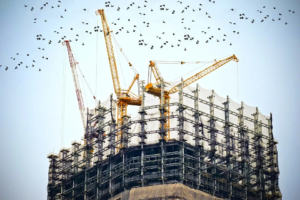 One of the best ways to monitor a construction site is through remote video monitoring. This technology lets you watch live or recorded video footage from your computer, tablet, or smartphone. It doesn’t matter where you are in the world: as long as you have an internet connection, you’ll be able to see and hear what’s going on at your construction site. If you’re in the UK, Kooi in the United Kingdom can help with setting up remote monitoring. It’s a convenient and cost-effective alternative to physically guarded sites. With remote video monitoring, you can rest assured knowing that if anything suspicious happens on the property, you’ll be able to see it right away. You can also add sensors to detect things like motion or gunshots, which will send an alert to your phone.

A fence is one of the most cost-effective ways to secure a construction site. If you don’t have enough money to build an entire perimeter, try getting wire fencing instead. It’s cheap and easy to install, which makes it perfect for DIY projects on a tight budget. If the fence is properly installed, thieves and vandals will be deterred from entering the property.

When building a fence around your construction site, make sure it’s at least eight feet tall. If you can’t afford to build fencing with barbed wire at the top, opt for razor wire instead. This is one of the most effective security measures on a construction site because it’s easy to install and extremely difficult to climb over or cut through.

If thieves and vandals know they’re being watched on your construction site, they’ll think twice before trying anything funny. There are many different types of security cameras available online, so look around until you find the perfect match for your budget and needs.

Some cheap security cameras only record video footage, while others take pictures as well. If you want to be notified when someone walks by your construction site or vandalizes something inside, look for a security camera with motion detection software. In addition to camera surveillance, make sure you have a few visible signs around the property that says “Cameras In Use.” If thieves and vandals know they’re being recorded regularly, they’ll think twice before breaking in or causing any damage. This is especially true if the security cameras are hidden from plain sight.

Guards And Their Roles On Construction Sites

Of course, just because you have security cameras installed on your construction site doesn’t mean you should completely ignore them. Some days or nights might be busier than others, so it’s a good idea to hire a few guards to patrol the premises during peak hours. These people aren’t just there to protect against vandalism and theft – they can also provide extra manpower for physically demanding tasks that take place on the property.

For example, if you’re building a treehouse fort in your backyard, hiring a guard is probably overkill. But if you’re constructing a skyscraper downtown next to busy streets, it’s not such a bad idea. In addition to preventing crime from happening, guards can also help with lifting heavy equipment or helping to install insulation around windows.

For security reasons, it’s best not to put guards in the same uniforms as police officers. If thieves and vandals know you have legitimate guards on your construction site, they’ll think twice before committing any crimes. That’s because everyone loves being able to tell their friends that they “got away with something.” If you have enough money, hiring a few security guards is one of the best things you can do for your construction site. These people are not only good for stopping crime – but they can also be an asset when it comes to completing physically demanding tasks. 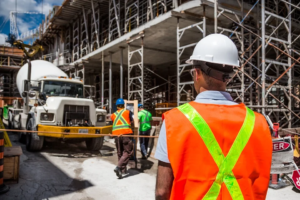 There are many different ways to make a construction site more secure. Adding razor wire is one of the most effective means of doing so because it’s difficult for thieves and vandals to climb over or cut through it. In addition, having visible signs around the property that says “Cameras In Use” can further deter criminals from entering your construction site or vandalizing equipment inside. If you want your construction site to be protected properly and efficiently, hiring guards and security cameras along with fencing and razor wire should do the trick.