Voting results on the 2021 International Energy Conservation Code (IECC) are in, and the approved proposals will bring an estimated 10% or more efficiency improvement for both residential and commercial buildings that follow the IECC. These changes will lower building energy use for decades to come reducing energy costs and helping to mitigate carbon emissions from buildings. Final energy savings analysis will be released by the U.S. Department of Energy later in 2020.

The vote comes after more than a year of effort by a broad coalition of organizations to update the national model energy code. The preliminary results represent the second biggest efficiency gain for the IECC in the last decade and puts buildings on a glide path to deliver better comfort, higher productivity, increased value and lower operating costs.

“Homes and buildings account for roughly 40 percent of our energy consumption and carbon emissions, so this is a very big deal,” said Alliance to Save Energy President Clay Nesler. “It will save consumers and businesses money that can be invested elsewhere in the economy while significantly reducing carbon emissions. It is also the most significant step forward in nearly a decade to putting America’s model energy codes on a pathway towards decarbonization.”

The IECC is a model energy code that sets out minimum efficiency standards for residential and commercial buildings related to walls, floors, ceilings, lighting, windows, doors, duct leakage, air leakage, etc. It serves as the go-to basis for states and some cities that can control their building codes to develop local requirements. The IECC is updated every three years through an extensive proposal process and online vote of eligible voters, which come from local governments and related agencies.

In November, when voting for the 2021 IECC opened, local leaders exercised their right to vote and chose to dramatically improve building efficiency. Extensive outreach and education by partners including New Building Institute (NBI), the Energy-Efficient Codes Coalition, Natural Resources Defense Council (NRDC), Institute for Market Transformation, American Council for an Energy-Efficient Economy (ACEEE), and others helped raise awareness about the importance of the vote.

“Ultimately, the voting reflects an incredible effort by mayors, cities, governors, sustainability directors, and building officials to cast their votes for a code that helps them achieve their energy efficiency and climate goals,” says William Fay of the Energy-Efficient Codes Coalition. “Many state and local leaders rely on the IECC as the basis for their own building codes. After two code cycles of stagnant efficiency improvements, these leaders have exercised their power and delivered a stronger code that will help everyday Americans.”

The 2021 IECC also includes two new appendices that provide pathways for states and cities that control their own code to move forward with zero energy performance requirements. The appendices describe energy codes for both residential and commercial buildings that over the course of a year would produce as much energy as they consume. This would be achieved through a mix of aggressive, yet achievable levels of energy efficiency combined with renewable energy like rooftop solar panels.

“This vote says loud and clear that cities and states, which are voting on the IECC, want advanced energy efficiency,” says NBI CEO Ralph DiNola. “We are encouraged by the progress and especially the adopted zero energy appendices that allow jurisdictions to go even further than what the IECC calls for in residential and commercial projects.” In addition to the zero energy appendices, key areas of improvement include:

Higher Efficiency Through Flexible Points Options for Commercial and Residential
Proposals to advance the flexibility of both the commercial and residential parts of the energy code were accepted by voters and provide a mechanism that make it easier for jurisdictions that want to further efficiency in codes.

Many code requirements are very effective—but only in some climate zones, building types, or building designs. New options for choosing efficiency packages that meet a minimum points requirement provide a solution. By allowing for choices that may be highly effective in some situations but not in others, the code will lead to reduced energy use while providing builders flexibility to choose the path to efficiency that works best for each individual project.

“This provision will benefit consumers by giving builders the flexibility to choose efficiency improvements for new homes,” says Steven Nadel, executive director of the American Council for an Energy-Efficient Economy.

Electrification & Electric Vehicles
As electric vehicles (EVs) grow in popularity, codes addressing them are essential. The accepted EV proposals require new buildings to make a certain percentage of its parking spaces ready for EVs by including electrical infrastructure. Electrification of buildings and vehicles–with clean, renewable power supply–is one of the key policy solutions for tackling climate change, and in new buildings electrification readiness can be done at a very small incremental cost.

Residential Water Heating & Water Use
For the first time, the residential code will consider the water heating equipment chosen for a home. While builders may still select any type of water heater, certain equipment must meet more stringent requirements. As building envelopes have gotten tighter in recent years, a greater proportion of energy costs now involves water heating.

Though equipment efficiency levels are generally controlled by the federal government, this proposal is structured to improve efficiency while not triggering federal preemption (as states generally can’t set their own standards for equipment which has a federal efficiency), and still provide builders with choices.

Lighting Efficiency
Multiple lighting-related proposals were passed including proposals to increase lighting efficiency in homes, add lighting controls, and install multifamily exterior lighting. In addition, a proposal on horticultural lighting was accepted that closes a loophole in the IECC that exempts lighting for plant growth.

“Building code officials, sustainability departments, and state and local agencies made their voices heard, and the message was clear: a strong energy code is the best way to make sure new buildings use less energy, reduce utility bills for consumers, and emit fewer emissions that contribute to the climate crisis,” says Lauren Urbanek, Senior Energy Policy Advocate at NRDC.

Kimberly Cheslak, Energy Codes Specialist at IMT, says that building codes remain a critical tool to raise the performance of all buildings to benefit all residents and occupants. “As municipalities and private companies continue to set ambitious targets to reduce energy consumption and carbon emissions, the 2021 IECC will be an excellent tool to bring those goals to fruition. We look forward to continued work with our partners in code advocacy to deploy the new IECC.”

Now that the voting results are in, they must be certified by the International Code Council’s board of directors before they become official. In the meantime, there is a challenge period where any of the approved proposals can be subject to further review. The final 2021 IECC will be released later in 2020 at which time jurisdictions can begin adoption the new standard. 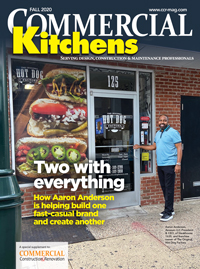 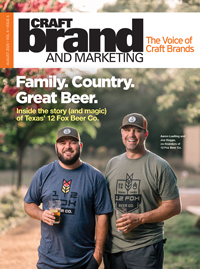 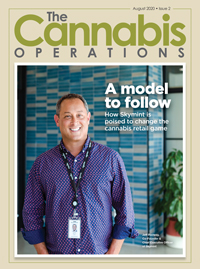 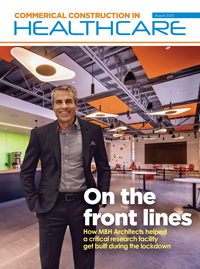 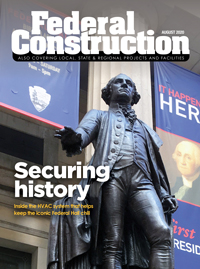