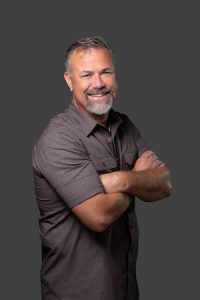 Building on its more than 7 years of work in the Tucson market, K2 Electric is pleased to announce the hiring of Sean Salveson as General Manager for the firms’ Tucson operations. Salveson brings 30 years of electrical contracting experience to this new role, including time as a company owner.

“When we look at any candidate to join our team, we filter them through our company core values and Sean checked the box for every single one,” said K2 Electric President, Jared Kredit. “We really want to continue establishing genuine relationships with our clients in Tucson and Sean is absolutely the right guy to do that.”

K2 Electric, which is headquartered in Phoenix, entered the Tucson market in 2014 and has done a great deal of work on K-12 education projects, distribution facilities, industrial buildings and retail projects. One notable Tucson project that K2 Electric completed was the Tucson Premium Outlets, a 170-acre mixed-use commercial center that features 360,000 square feet of space located near the intersection of I-10 and Twin Peaks Rd.

Kredit said that Salveson’s main focus will be overseeing operations in Tucson and client relations, both skills that Salveson has developed in his career. Salveson started out in California, working in a variety of electrical contractor roles before launching his own electrical contracting firm. Salveson was owner of Golden State Electrical Contractors in Foresthill, Calif. for 11 years before selling the firm to Sebastian. Salveson joined Sebastian for six years as Director of Construction and grew their organization 20% year over year while maintaining strong client relations and community involvement. Salveson then set his sights on moving to Tucson, AZ. Once in Tucson, he served as Vice President for AEC Electric for two years. Salveson has a solid commitment to the communities in which he lives, in California he was on the board for the Chamber of Commerce, Foresthill Union School District, and the Foresthill Forum. Since moving to Tucson, he has joined the Independent Electrical Contractors Association as Board Treasurer.

K2 Electric (K2) was founded in 2003 and has since grown to over 150 team members with a preconstruction, construction contracting division and full-service department. The team operates throughout the State with offices in Phoenix and Tucson. Most of the vertical sectors they serve are in the commercial, industrial, and photovoltaic markets garnering a wide range of experience working with everything from large-scale industrial projects to small commercial renovations. K2’s top priority is safety, with an emphasis on client communication and responsiveness.