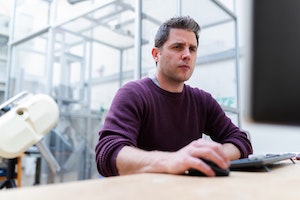 Since Australia practices “common law”, its laws derive from both statutes and common law. The most relevant areas of law in Australia that regard buildings are:

Staying in Line with Building Codes

A building code is a set of rules that provide us with standards about a structure that is located on the property and whether they are acceptable to stay or not. Building codes are, most notably, used to protect the health, safety, and general welfare of citizens. For example, building codes make sure that a structure can deal with a potential fire as well as provide adequate escape routes if it would occur.

Most building codes are standardized under the International Building Code (the IBC). In all likelihood, the builder, contractor, or project engineer should be aware of all of the building codes that are required to follow in order to make the project a reality. Although, it doesn’t hurt to be aware of these regulations just to make sure a slip-up doesn’t happen, as it could be costly since, in the end, it is you who is responsible for all mishaps and broken regulations.

You can easily find building code regulations online for most places. If you are unable to find the building codes for your specific state, then head to your city’s building code department and ask around what you are interested in.

What a lot of people get wrong is that ownership over land does not mean you can do whatever you want with it. Laws change over time, so a lot of things and buildings that worked in the past do not necessarily still work. Most of them are not even up to code. There are a ton of loopholes and old tricks that might get you into trouble. This is why there are public records that are available and easily accessible to anyone who wants them. Preview the parcel in order to make sure it’s built on an approved building site before you proceed with your project. You can usually find this information at your local courthouse or the city hall.

Getting the Adequate Permits

It comes as no surprise that you need adequate permits in order to be able to proceed with building, repairing, or remodelling the house. In some places, you will be required to have a different permit for the type of adjustments you want to make to the property. Whatever your plans may be, you will need to let your local code office know by supplying them with measurements, material that will be used in the project, floor plans, and detailed drawings of the structure in question. You can hire expert construction lawyers in Sydney to help you out.

There are also different types of permits that depend on the sections that you want to modify or adjust. For example, you would be required to get a plumbing permit if you wished to get newer pipes. For other parts, you would need to get things such as an electrical or mechanical permit. So if you want to build a court for playing a sport, you will need to first make sure that you have the adequate permits to do so.

Look up the Local Legislation for Your State

In a lot of countries across the globe, construction laws differ from state to state, and Australia is no different. So, depending on where you are planning on making the project, the laws may differ significantly so we would recommend brushing up on your local legislation to make sure you are in line with everything.

The thing that all states in Australia have in common is The National Construction Code (or NCC for short). The NCC is a standardized code that defines the minimum requirements for buildings (such as health, building work, safety, the drainage system, etc.). These are some of the basic rules that all states must abide by. Also don’t forget to require the necessary insurances.

It isn’t odd to not understand all of the rules regarding state jurisdictions. So, if you are struggling with certain legal aspects in New South Wales, you can hire expert construction lawyers in Sydney to help you out.