How window film can benefit and modernize your building’s exterior 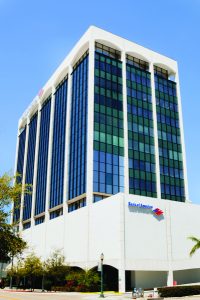 You can’t see it in most cases, but it’s there, working 24 hours a day helping people in your community live better lives in many ways. We’re talking about window film. It provides comfort to building inhabitants by reducing heat and glare as well as blocking the sun’s harmful UV rays. It also saves money by controlling a building’s energy consumption – keeping heat out in summer months and retaining heat in the winter. It offers an added layer of safety by holding together broken glass during a natural disaster or intrusion. And gives any commercial facility a modern, updated look.

Most films are applied to the interior surface of a glass window in a home, school, commercial building, or car. There are many different types of window films, each providing unique benefits in safety, comfort, and aesthetics. The Ellis Building in Sarasota, Fla. recently looked to window film to bring their facility into the modern age. 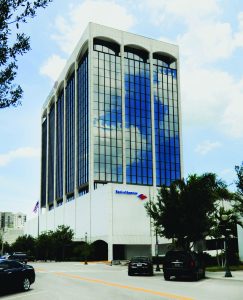 Modernizing a dated building
The Ellis Building is a 12-story high-rise located in on the West Coast of sunny Florida. The commercial building was considered “ultra-modern” when it was first built back in 1968. However, much has changed since then – hairstyles, clothes and of course, building design. And thanks to a recent boom of modern high-rise construction in the area, the Ellis Building stuck out like a sore thumb.

The building’s decision makers knew the Sarasota landmark needed a facelift, the main question was – how and what solution? How do they modernize the building in a cost-effective way while staying true to its architectural integrity? They also had to account for the hot Florida sun when renovating. The initial plans included washing the façade to restore the luster of the marble columns, painting faded and chalky metal window frames, and replacing all windows – all 38,000 square feet of glass.

But with that much glass, re-glazing was not a cost-effective option. The team investigated alternative solutions and discovered Madico’s exterior Solar Grey 20, scratch-resistant window film because it would best meet their unique needs, and presented numerous benefits.

“Wow, I think (Madico) has taken 30 years off the age of this building,” says Bryan Lawson, director of construction for Benderson Development, the design firm hired for renovation. The building owners were just as impressed, and the first major commercial construction project in downtown Sarasota since the twenties had officially been modernized. 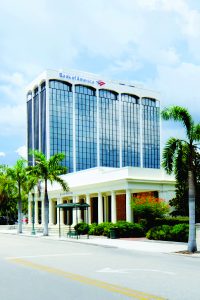 Benefits of window film
Aesthetics – For the Ellis Building, the application of window film created a modern, uniform look on all of the windows.
Window film is a flexible, adaptable product that can help maintain the unique aesthetic appeal of any commercial building. It doesn’t stand out, but rather effortlessly blends in and enhances the style of the exterior. Many manufacturers also offer decorative films that add a little extra style to interior glass. You can often achieve the look of etched glass at a fraction of the cost with decorative film

UV protection – Window film blocks up to 99 percent of UV rays, and reflects up to 80 percent of the sun’s energy. This was a very important benefit for the Ellis Building property managers as they wanted to provide comfort to employees working in the building and relief from the hot Florida sun. Blocking UV rays helps reduce glare on computer screens, and protects and prolongs the life of furniture, carpets, artwork, draperies, and woodwork.

Energy savings – Per the International Window Film Association (IWFA), the return on investment is higher for commercial building owners when renovating with window film verses any other method. Up to 30% of any building’s cooling and heating load is lost through windows. Installing window film will reduce the stress on a facility’s HVAC system as it’s designed to keep heat out, even during the hottest of summer days.

Safety and security – Safety and security is an important benefit for commercial buildings with ground floor windows. Glass is an inviting target for vandals intent on mischief or worse. With professionally installed safety and security film, should an intruder attempt to enter through the window, they’ll be delayed. The safety film holds the glass together and prevents it from shattering, delaying the intruder’s entrance, and allowing local authorities to get to the scene in a timely manner. In the event of a natural disaster, window film also limits the amount of dangerous glass shards flying around the area.

As with any safety measure, there are limitations to what the product can do. Today’s safety films are marketed and thoroughly tested for improving glass performance for safety glazing, intrusion, extreme weather conditions and blast mitigation. But while films can reduce glass hazards upon initial impact and slow the intrusion process, with repeated impacts they will eventually allow access, as do many anti-intrusion products.

Michael Mancini is the Marketing Director for Madico Window Films based in St. Petersburg, Fla. To learn more about Madico, and their window film offerings visit- www.madico.com.