How to Create Bright Sports Courts? 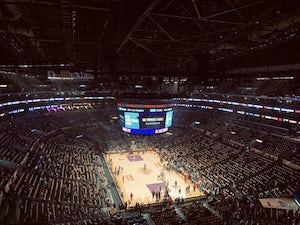 Whether it’s indoors or outdoors, in a field or a court, you will need adequate lighting in order to be able to play sports in the evening. Especially indoors, when you are playing a semi-serious or serious game that isn’t just having fun with the gang, you will need to have proper lighting. It isn’t just crucial for your performance, but also for the crowd’s enjoyment. If you can’t see the tennis ball in a match, the sport doesn’t really seem all that appealing to watch, doesn’t it? Not to mention the number of disputes that come along with it as well. The two biggest sports that are affected by proper lighting of courts are basketball and tennis, and as such, they will be the main topics of the article today.

As of late, more and more people are opting for LED lighting over traditional lighting (which involves halogen and metal halide lamps). The reason is that LED lights spread out more, evenly lighting up every corner of the court, it’s easier on the eyes of the spectator and player, and they are overall cheaper, easier to maintain, consume less energy and last longer. An average LED light will last around 80,000 hours (and even longer depending on the usage). They are also easily replaceable and offer greater illumination and brightness than standard means of lighting. Them having bright chips means that it is able to consume less energy for illuminating the same surface size. By replacing a 1000-watt metal halide bulb you will be effectively saving 50% on energy bills while maintaining the same amount of illumination.

It’s worth mentioning that you should look up the relevant laws regarding illuminating sports fields and courts just in case. Although it might seem like a banal thing, regulations do exist for illuminating fields so you should devote some of your time in order to dig into it a bit.

The first thing you will have to look out for is surge protection. A sudden surge in electricity can cause severe damage to the LED lights, this is why surge protection is crucial. It would be best to avoid situations where you are in the middle of a game and all of a sudden the lights stop working.

You should implement the lighting around the court while paying attention not to cause glaring issues for the players or spectators, as this can cause the game to be of a way lower quality, and hinder the enjoyment of the game.

Dealing with flickers is more of a professional problem than anything else, so fewer people will need to worry about it. Most cameras used today are high speed, and for broadcasting, you will need proper illumination to make sure the broadcast can go smoothly.

The main difference in lighting importance between basketball courts and tennis courts is the size of the ball. This is why lighting is more important for tennis, as it can become a problem when you can’t even spot the ball, and it can lead to some nasty injuries and disputes. You don’t want to spend 5 minutes over agonizing whether the ball was in or out, because both will claim opposite things, and with the vision of the ball being blurry you won’t easily reach a conclusive answer. Proper lighting will save you from the stress of such ordeals (or at least the murky ones).

For tennis, the lighting will depend on whether the court is indoors or outdoors. Ideally, you want the lighting to be done as such so that you can’t notice whether it’s day or night. A common misconception is that you don’t need lighting in an indoor court during the day. This is false. It happens more often than not that a court is not well illuminated, and because of this, it can affect the player’s mood and performance.

When deciding on adequate lighting for tennis courts, it’s important to make sure the lighting won’t go directly into the players’ eyes, causing them to have a much tougher time playing the game. Just like with basketball courts, make sure that the lighting doesn’t affect the spectators either, allowing them to have clear visuals over the court. Take the surroundings into consideration when lighting the tennis court, and choose an adequate installation method. Wall mounting and pole mounting are both recommendable for outdoor courts, while hook mounting and bracket mounting are better suited for interior courts, depending on the size of the court you will want 4, 6, or 8 poles. Calculate how many lighting sources you will need based on the size of the court. The expenses for lighting include buying, shipping, installing, upkeep, and maintenance.

Color of the Court

Color won’t exactly make the players play better or worse, but it does hold some value for other factors. Contrast plays a large part in the court coloring scheme. The color of the court will be the first thing people notice, and brighter colors usually leave a better impression. This is why most tennis courts are either blue or green. It’s simply pleasing to the eyes and results in more enjoyment. Green remains a top pick because it adds an aesthetic reminiscent of nature, while red is a good color to get the viewer excited or more invested. Another clear reason for settling for blue is the color of the tennis ball. With the ball being green, having the field be blue or red results in the clear visibility of the ball. Now, this is how the pros do it, if you are playing on a small court with your friends it is not as relevant. But even when having a small crowd, this becomes a bigger factor.

This entry was posted in Uncategorized. Bookmark the permalink.