How futuristic architecture transformed over the years 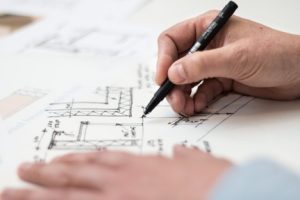 The passage of time denotes more than just the ticking of a clock – it shows us how far we’ve come from what we used to be. Over the years, humanity has seen some immense, groundbreaking changes as civilizations transformed. These changes reflect our lifestyles, socio-economic patterns, and more. However, they are most strongly and reflected in our architecture. Architecture is a direct link to the past, and studying the construction details from any era can help us envision how previous civilizations used to live.

As we see groundbreaking developments in all fields, architecture evolves in return with an increasingly futuristic edge. Futurist architecture embraces technological advancements in all its forms with its stunning designs. However, this is no new phenomenon. Instead, it has a rich and complex history. Below, we’ll talk more about how futuristic architecture has evolved over the ages.

Art Deco is a trendy theme in art and architecture to this day. It is characterized by bold, geometric forms and vivid colors. Rather than seeing intricate patterns, colors, and forms, Art Deco presents an extremely unconventional, simplistic, yet eye-catching design. It is an incredibly streamlined form of design, heavily influenced by Cubism. However, the simplistic design doesn’t mean that Art Deco is minimalist or understated. Instead, it often features some of the most high-class materials, such as ebony, silver, ivory, obsidian, jade, and various manufactured materials.

Art Deco is an ode to modernity and futurism because it highlights symmetry, planarity, simplistic design, and repetition. These features pay homage to machine-made materials and objects, which are often smooth, faultless, and symmetrical. Art Deco structures are incredibly eye-catching, including some of the most famous buildings, such as the Chrysler Building in New York, the Eastern Columbia Building in Los Angeles, and the Guardian Building in Detroit. Each of these buildings features striking designs, gleaming surfaces, and eye-catching colors.

Googie architecture is just as fun as the name suggests. As the Space Age dawned upon us, futuristic architecture moved towards highlighting more than manufacturing materials and machines. The focus then shifted to space and the Atomic Age simultaneously. Googie architecture gained immense popularity during 1945 and the 1970s.

Googie architecture often featured curvy, sweeping lines and buildings and structures reminiscent of flying saucers and boomerangs. All these features highlighted the emphasis on space as the Space-Race raged on. Furthermore, Googie architecture featured heavy use of neon signs and colors, sweeping glass structures, and streamlined steel. Googie architecture was bright, fun, and poppy without being overly intricate and reminiscent of The Jetsons. Perhaps the best monument to this architectural era is the oldest McDonald’s in Downey, California. Although many of the most famous Googie buildings have been destroyed, they were one of the defining features of the 70s and are easily recognizable.

Neo-futurism is a relatively recent movement in futuristic architecture, and it integrates modern-day technology and design into construction. You will most commonly see neo-futuristic design reflected in towering skyscrapers, with interiors as fascinating as the exterior. Neo-futurism involved heavy manipulation of the elements to create a space that would often seem visually impossible. However, neo-futuristic buildings emphasize their functionality just as much as the style. These buildings are designed with urban ease in mind, and they heavily utilize machinery.

Neo-futuristic designs are incredibly unique, and this uniqueness is possible only because of advanced technology. 3-D imaging and other computer systems made it possible to create sprawling, swooping designs. Furthermore, better construction methods make it possible for neo-futuristic designs to have the flawless execution that they need. Neo-futuristic architecture also takes on various literary and philosophical themes and leaves room for a lot of subjectivity.

Whereas previously, architecture retained a heavy focus on just the aesthetics and functionality, the lens has changed in recent years. We are becoming increasingly aware of the detrimental effects on human activities on the planet and are moving towards greener practices. We adopt earth-friendly practices in our lives, from small measures such as using paper spoons and bamboo toothbrushes to larger measures such as moving towards using sustainable energy sources.