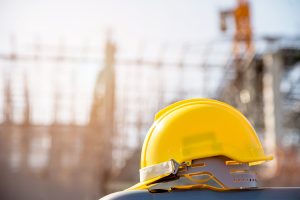 Editor’s Note: This article presents a general discussion surrounding the June 24, 2021 collapse of the Surf City and South Champlain Tower in Miami. The article does not provide legal advice. Please consult your attorney for specific legal advice.

Surf City and South Champlain Tower have become synonymous with mass disaster. As the country watch as the growing death toll rose, the June 24, 2021 collapse became the third largest building tragedy in US history, behind the World Trade Center collapses on September 11, 2001 (2,996 killed, more than 6,000 injured, and approximately 1,140 sickened with cancers) and the April 19, 1995 Oklahoma City bombing (168 killed and more than 600 injured).

The cause of the South Champlain Tower collapse is being investigated by the National Institute of Standards and Technology, the Miami-Dade Police Department, a Miami-Dade County Grand Jury, various insurance companies and attorneys representing the families of those killed, injured, or missing.

Whether the Eighty-Seven Park project played any role in the collapse is not presently known, however, the issue highlights the increasing and evolving pressures on contractors to protect neighboring properties.

If there is damage or signs of movement in the adjacent property, stop work and have the structural engineers come to the site to provide advice and direction on how to work safely without disturbing the neighbor’s building.

The Common Law generally provided that a developer would be strictly liable for withdrawing necessary lateral support, either natural or previously installed replacements for natural lateral support from a neighboring property (See Restatement of Torts 2d § 817). So if a developer caused a neighboring building to sink due to soil subsidence on the neighbor’s property, the developer would be strictly liable for the resulting damage.

If the lateral support is not “necessary” to support the “natural” state of the land then the developer withdrawing the support is liable only for damages based on negligence. Restatement of Torts 2d § 819. Repeated redevelopment on building sites over many years complicates this issue because the “natural” conditions are long gone and the concept of “necessary” support for “natural” conditions has become meaningless. The issue now centers on replacing support or lack thereof. Currently, contractors lack clear direction on their obligations to neighboring properties.

Consider the state of the law in Texas. In Scott v. West, 594 S.W.3d 397 (Tx. Ct. App., Ft. Worth 2019), three homes abutted a fourth, which had a retaining wall on three sides and was the lowest of the properties. A prior common developer of the properties built the retaining wall. Over time, the wall deteriorated.

The Texas Court of Appeals for the Second District (Fort Worth) considered only one issue in the Scott case: whether any of the neighbors had an “absolute” duty to repair or replace the retaining wall based on a duty to protect the abutting low lying property.

The Court’s answer was “no,” reasoning that:

This reasoning is flawed. As to the first point the court’s reasoning is inconsistent with the doctrine that duties of lateral support run with the land. See, e.g., Foley v. Wyeth, 84 Mass. (2 Allen) 131, 132 (1861). The second point is one on which the law is clearly evolving away from the holding in Scott: The concept of the “natural” state is not useful after years of development on the same sites.

Another Texas Court of Appeals, this time in the Eighth District (El Paso) rejected the idea that the duty to provide lateral support to a neighboring property expired when the natural state of the land changed. Instead, the court held took the modern approach in concluding that the duty to provide lateral support is not extinguished after the land is altered from its “natural” state. Salazar v. Sanders, 440 S.W.3d 868 (Tx. Ct. App., El Paso 2013).

So, the Salazar Court’s decision embodies the modern approach to these issues: (1) the duty of lateral support runs with the land; and (2) adjacent land owners take their neighbors property as they find it and have a duty to not cause any deterioration or damage.

There are some simple steps for contractors to take when dealing with adjacent properties on projects implicating lateral support issues, e.g., working within 5 feet of the adjacent property and excavating down at least 5 feet.

These steps should include:

If there is damage or signs of movement in the adjacent property, stop work and have the structural engineers come to the site to provide advice and direction on how to work safely without disturbing the neighbor’s building. There is no guarantee that these steps will always prevent all damage, but taking these steps should, over time, reduce damage, minimize claims and allow projects to progress efficiently.

Carol A. Sigmond is a partner with Greenspoon Marder LLP in New York City. She is a former president of the New York County Lawyers Association (“NYCLA”), where she served and continues to serve in many capacities. She also is a former VP of the New York State Bar Association (“NYSBA”) and co-chair of Committee on Committees. Sigmond currently is a Fellow of the American Bar Association and the New York State Bar Association, as well as a member of the Lawyers Council of the Citizens Crime Commission of New York City. She is a member of the Law 360 Editorial Board for Construction. Sigmond, a frequent author and speaker on issues in construction law, can be reached at 212-524-5074 or by email at carol.sigmond@gmlaw.com.

Joshua M. Deal is an associate with Greenspoon Marder LLP. He is an experienced litigator representing construction industry clients on contract disputes, construction defect claims, delay claims, payment and performance bond claims, and mechanic’s lien claims. He can be reached at 212-524-5075 or by email at Joshua.deal@gmlaw.com.