Difference Between Distilled and Purified Water 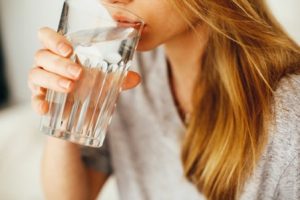 There’s no denying the fact that water is good for the body, especially when the intake is optimal. Every cell in our body requires a proper intake of water for it to function appropriately, which is why we have to hydrate our body for the rest of the day continuously. While many people know this, most are confused about the type of water they should be drinking.

In this article, we’ll be looking at the difference between distilled and purified water.

Purified and distilled water has many uses. Many folks confuse them to have similar properties, but upon closer inspection, as we have done in this article, you’ll see the two are, in fact, different in their properties.

What is Purified Water?

Purified water is a type of water that has been processed or filtered to remove impurities such as chemicals or other kinds of contaminants. Typically, it is processed using tap water or groundwater. From a regulatory and legal perspective, the water impurities need to be removed entirely or brought down to very low levels. At best, the finest of purified water suggests that the number of dissolved solids or impurities do not exceed ten parts per million.

After undergoing the process of purification, most of the following impurities are eliminated:

Purified water can be acquired from several treatment methods, including:

In order to filter water, positively charged chemicals need to be added into the liquid first, allowing them to fasten to negatively charged particles. This is where the name ‘floc’ comes in, which represents the bigger particles.

The floc then travels beneath the water reserve due to its larger size, isolating it from the water.

The floc then settles at the bottom, while the water, which is clean and remains on top, flows through various systems where it’ll be filtered even more. Those systems are made of charcoal, gravel, and sand. Due to the different particle sizes in these systems, they can effectively remove viruses, bacteria, chemicals, and dust.

The purification process’s final step is disinfection, where chemical disinfectants like chlorine are added into the water. This method is executed so that the last of the contaminants that somehow managed to survive the filtration system can be eradicated there and then.

There are also several at-home water purification methods as well, including:

Now let’s move on over to distilled water.

What is Distilled Water?

Distilled water is the type of water that goes through the process of distillation. This method involves boiling water in order to remove harmful chemicals, pollutants or contaminants from the liquid. After boiling the water, and then through steam and condensation, the evaporated water returns to its liquid state. As a result, most of the natural contaminants that are found in water require extremely high boiling and melting points.

Some of the contaminants that are removed using the process of distillation include:

Because there are no traces of any organisms left after the distillation process, it is ultimately the purest form of water you’ll ever find. This is proven to be the case as distilled water usually has a PPM of around one, classifying it as purified water. As such, this type of water is mostly used in medical facilities and laboratories. Because it’s an elaborate procedure, you can read more here to learn how to make your own distilled water.

So Which is Better? Purified or Distilled Water?

So what is the difference between distilled and purified water?

When it comes to purity, both distilled and purified water are identical. However, the most significant difference between these two types of water is that purified water doesn’t get rid of all the healthy minerals that are essential for the human diet. It’s also worth noting that the distillation process requires a significant energy investment, making it seemingly harmful to the environment. Fortunately, an alternative to this is the reverse osmosis method, whereby less energy will be consumed.

Still, depending on the source, purified water can be good for you, but it can still likely pull in harmful chemicals, contaminants and pollutants. If you’re looking for the cleanest water imaginable, then distilled water is the way to go. But, if you want water with all the nutrients and minerals, then purified water is the one you need to be vying for. All in all, both water types are healthy as long as we maintain a balanced diet.