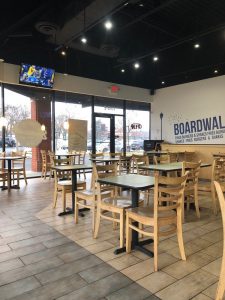 A fast-food restaurant in Calgary had an inoperable gas “clamshell” griddle, forcing them to close early on a busy day. The manager who called the equipment service firm was panicked: The griddle had lost its flame and couldn’t be reignited. Their all-new commercial equipment wasn’t supposed to have problems like this. Already, managers of the local Boardwalk Fries Burgers Shakes, an international franchise operation, had made frustrated emails to the manufacturer and sales rep who, in turn, reached out to Calgary, Alberta-based LDI Technical Services for help.

The service firm responded quickly, sending a technician known for his ability to trouble-shoot. He soon found a vexing challenge: Everything checked out fine. The griddle was working at the moment. They shouldn’t have a problem. But while LDI’s Senior Technician Ryan Marr was still on site examining the mystery, the griddle failed again and couldn’t be reignited. He determined it was an intermittent building gas pressure issue of some sort.

“Marr texted me, as it was an early evening, after-hours call,” says Service Manager Bob Rogers. The 30-person firm, which also has a shop in Edmonton, commissions and services commercial food service equipment. 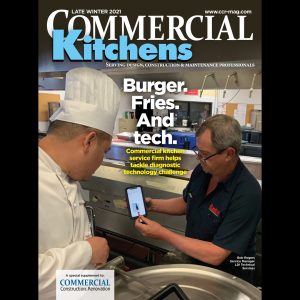 Marr was one of Rogers’ best technicians. An hour later, Marr detected a gas pressure issue. They discussed their options, settling on a plan for Marr to recommend that the restaurant’s managers call the gas utility immediately. Soon, a utility trouble-shooter was on the way, yet his research merely dug them deeper into the mystery—pressure within the facility was optimal.

Unfortunately, that’s not what the restaurant’s managers wanted to hear. They were distressed to learn that two experts were mystified. Of course, they knew there was indeed a problem, and if it wasn’t solved they’d have no choice but to close the restaurant—again.

So, this was bad news. After all, the griddle was their kitchen’s crown jewel: Burgers were their main offering. Eventually, Marr and the gas utility tech left for home. The next day, Rogers received an urgent call during the lunch rush hour: The griddle was down again.

It was a very fortunate coincidence for the restaurant that, a few hours earlier, Rogers received a package sent from Export, Pennsylvania-based Dormont. It was a hand-held diagnostic device—the FloPro™MD—a tool that enables technicians and installers to perform gas equipment start-ups, commissioning and maintenance with accuracy. The device quickly diagnoses gas pressure and flow for gas-burning appliances while logging data via Bluetooth connectivity.

Worthwhile trade show visit
LDI had purchased one of the tools a few weeks earlier. Rogers sent three of his senior technicians to the NAFEM (North American Food Equipment Manufacturer’s ) expo show in Orlando. They texted him from the show floor to say they’d seen and learned about the device from some Dormont sales pros at the show. He placed an order. 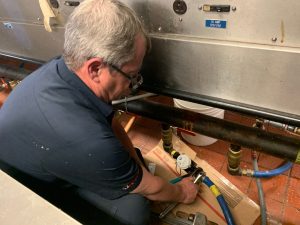 When the package arrived, Rogers immediately reviewed the materials and an online video, put it in his tool bag and told the dispatcher he and Marr would be at the restaurant that Marr visited the day before. “Rather than sending a tech with a new tool, I was eager to see it perform personally,” Rogers says. “Besides, the restaurant’s call for help—now involving a problem that spanned two days—had already become an unusual challenge. Sure enough, again: Nothing was immediately apparent with the restaurant’s griddle.”

The device accurately provided gas pressure within, and outside the gas appliance, and flow available to the burners. With the device connected to the griddle, Rogers explained to the restaurant’s staff that he would leave it there to monitor gas pressure conditions continuously—hoping that this target and identify the inconsistencies that eluded them previously.

“The tool’s capability to monitor conditions over time was invaluable,” Rogers says. “Soon, I was receiving intel on my phone via the tool’s app—something that we’d never had before. Every 60 seconds, the tool measured all conditions.”

Rogers says there was no software to install, and everything worked just as promised. The diagnostics tool monitored gas pressure average, maximum and minimum. It also monitored gas flow within the appliance and—because the diagnostic device also was connected to the “suspect” gas line, he also received information about capacity (BTUs), based on pressure and flow. 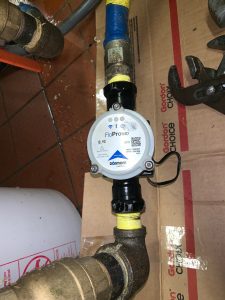 Smoking gun
Another advantage to the tool was that when Rogers received another call—with yet another problem to help solve, elsewhere, he could leave the tool to do its job. “Within three or four hours, it was apparent that the utility’s pressure was inconsistently inconsistent, so there was real value to the longer-term readings,” he says. “It was no surprise to me that the griddle wasn’t working.”

Rogers returned to the restaurant that evening after receiving another urgent call—the griddle was down again. He wanted to check data that the tool had developed during its monitoring. It was revealing. “I had to explain to managers that the griddle was functioning properly when it had sufficient gas pressure. Yet, they did indeed have an issue with utility—outside pressures were fluctuating erratically. There was no question the problem inside was coming from a problem outside. I provided them with the reports—which in essence became the smoking gun.”

Rogers says that, so armed, the restaurant’s managers were able to substantiate their claim to the utility. Fortunately, utility technicians were ordered to move swiftly to correct the problem. “We now have two of the devices here at the shop with three more ordered so that, whenever a tech goes out on a call to commission, service or troubleshoot gas appliances, one is ready for use.”

John Vastyan is president of Common Ground and a senior contributor for Commercial Construction & Renovation magazine.