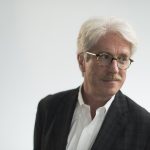 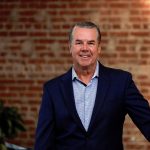 The Bradford Group – a Nashville-based public relations, social media and content marketing agency that celebrates its 20th anniversary this year – has merged with the Dalton Agency to create Nashville’s fourth largest public relations and advertising agency as measured by revenue.
Jeff Bradford, a member of the Nashville Business Journal’s Most Admired CEOs Hall of Fame, will lead the Nashville office of the merged firm as president, sharing leadership with his long-time business partner, Gina Gallup, who will be senior vice president. The merged company will maintain the name, the Bradford Group, and operate from the Bradford Group’s offices at the Fifth & Main Building in East Nashville. The firm’s other offices, in Jacksonville, Fla. and Atlanta, will maintain the Dalton Agency brand.
“It has been a goal of our agency for some time to expand both our geographic reach and our range of services, and I realized about a year ago that merging with another firm was the best way to accomplish this,” Bradford said. “It took a while to find the right partner, because it had to be a good cultural fit and the other agency had to complement what we do, instead of duplicating it. Late in 2019, I learned that Jim Dalton was also looking for a merger partner. We met in December and pretty quickly decided that the Bradford Group and Dalton Agency could accomplish a lot together.”
Expanding from 11 to 21 people in Nashville, the Bradford Group’s staff will virtually double with the merger. Total income of the combined firms is over $12 million.
“It was an incredible feeling when Gina Gallup and I founded the Bradford Group 20 years ago – a combination of elation over what we had created and expectation of what we could do. Our merger with Dalton brings on the same feelings, as it opens up new vistas for us and our clients. We are now able to provide a full menu of marketing services to complement the full offering of public relations services that has brought our firm success. Our clients will benefit greatly from this integrated marketing approach, just as Dalton’s clients will benefit from the ideas, actions and results generated by our seasoned PR professionals,” Bradford said.
In addition to public relations, social media and content marketing, Bradford now provides advertising creative and campaign development, media planning and buying, digital media and production, branding, website design and programming, and video and animation production. Plus, thanks to Dalton’s merger with Nashville-based Anode last year, the Bradford Group now also offers experiential design and interactive exhibits, the creation and management of corporate shows and live events, plus advanced marketing technology, including virtual reality, augmented reality, motion graphics and touch-screen interaction.
“What won’t change is the level of service that Bradford Group clients enjoy and the professionals who provide those services” said Dalton Agency CEO Jim Dalton. “One thing that particularly attracted me to this opportunity is that it is a merger of two firms whose services are complementary, not duplicative, so no staff reductions are planned. Though its services are dramatically expanded, the face of the Bradford Group does not change.”
Founded in 1989 in Jacksonville – where it is the city’s largest marketing agency – the Dalton Agency has a total staff of 93 with offices in Atlanta and Nashville in addition to Jacksonville. It has been named an “Agency of the Year” in the Southeast by Advertising Age magazine.
“I am particularly excited about solidifying our agency’s already strong presence in Nashville, which is one of the most attractive markets in the nation today,” he added. “We entered the market three years ago through our merger with Bill Hudson & Associates and built on this commitment last year by merging with Anode. The Dalton Agency has merged with six other agencies throughout its history, and the Bradford Group is our largest and most renowned merger partner to date. It is one of the most important events in the history of both our firms.”
Dalton already represents such marquee Nashville companies as Opryland Hotel and Soundwaves Water Experience, Change Healthcare, the Country Music Hall of Fame and Museum, Bridgestone, CarePayment and the Nashville Public Library. The merger with Bradford adds such well-known brands as First Horizon Bank, Cumberland Pharmaceuticals, Ascend Federal Credit Union, Turner Construction Company and the Greater Nashville Technology Council to the client roster.
This entry was posted in Vendor News. Bookmark the permalink.