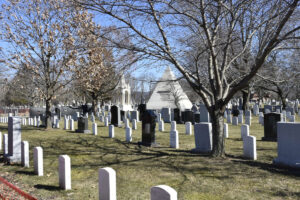 West Point Cemetery, located on the grounds of the United States Military Academy at West Point, New York is America’s oldest military post cemetery and a national historic landmark. Historian Ulysses Grant Dietz says that historic, park-like cemeteries like this were never intended just to be resting places for the dead. They were always envisioned as places of interaction and memory for the living.

Dietz is the great great grandson of Army General Ulysses S. Grant the nation’s 18th president and commander in chief, and great-grandson of Major General, Frederick Dent Grant, who has a grave in the West Point Cemetery.

To ensure this cemetery continues to serve this purpose, the US Army Corps of Engineers, New York District its expanding and improving the serene grounds for the thousands of visitors who come to the cemetery each year. “This project supports the Army’s commitment to provide in-ground burial to authorized service members and their families who have dedicated their lives in the service of this nation,” says Raymond Pifer, project manager, New York District, U.S. Army Corps of Engineers. 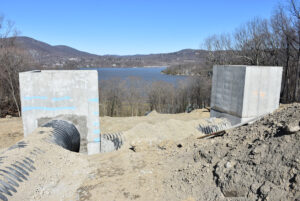 West Point’s 200-year old academy is located 50 miles north of New York City on the Hudson River and its cemetery sits in the northeast corner of the campus, overlooking the water. The cemetery’s sprawling 11-acre grounds is home to 9,000 graves and several monuments, including the distinguished Old Cadet Chapel that greets visitors at the entrance.

The cemetery was created in 1817, but before that, the grounds were used by residents for burials, including the graves of Soldiers from as far back as the Revolutionary War. Today, the cemetery holds some of America’s most storied military leaders and historical figures that includes distinguished Soldiers, Medal of Honor Recipients, astronauts, athletes and family members. These include individuals like GEN Norman Schwarzkopf, Jr., commander of coalition forces in the Gulf War; LTC Edward White II, the first American to walk in space; and Major General Grant.

“Each gravesite associated with President Grant or with his wife, Julia, is important to the Association,” says Dietz, who is on the board of the Ulysses S. Grant Association and speaks annually at “Grant’s Tomb” in New York City. “General Grant was the first of three career generals named Grant to be launched by the Academy. The fact that his eldest son Fred lies here with his wife, Ida, makes it an especially important historical spot for the Association.” 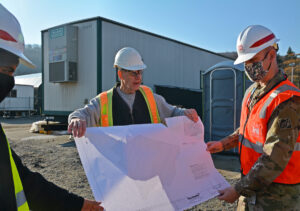 The Army Corps has constructed many structures on the campus over the decades and now it is expanding and enhancing its cemetery. The work is being accomplished by Army Corps contractor Intercontinental Construction Contracting Inc. of Passaic, New Jersey. The grounds will be expanded to make space for an additional 3,492 graves that will include in-ground burial sites and interments for cremated remains.

To make room for the new grave sites, an old PX gas station site was demolished and contaminated soil on the site was excavated and removed. After this, retaining walls were constructed along the sloped area along the river, to provide land stability. 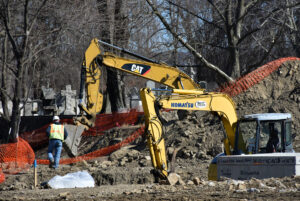 Visitors to the cemetery will not only have more spacious grounds to walk, but also new entrance gates, vehicle and pedestrian access roads and walks, exterior lighting, curbs and gutters, access for individuals with disabilities, perimeter fencing, restrooms and signage to help them find loved ones.

Even though construction is in the works, visitors still are coming to the cemetery. “As I watch people walk through the cemetery, I realize that they are likely not visiting family, but rather individuals that made an impact on the many generations that have followed them,” says John Butler, project engineer, New York District, US Army Corps of Engineers. “It is a gentle reminder that this cemetery contains not only individuals who are mourned by their family, but individuals who we are indebted to for their past actions, regardless of whether their names are known today or a simply a part of history.”

This is not the only thing Butler realized. “Originally, when I found out that I would be working on a cemetery, I cannot deny that there was a bit of apprehension, as I, like most individuals, do not tend to venture into a cemetery to either dig or be there after dark.”

Butler says that after getting past this initial reaction, he found himself honored and privileged to be working on the project. “This will provide the final resting place for many of the leaders that this academy has and continues to create during the 20th and 21st centuries. It will allow them to take their place in history alongside those who have chosen the academy as their final resting place.” 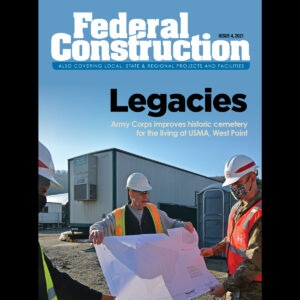 The work on the West Point Cemetery is expected to be completed in spring 2022.

“The West Point Cemetery is a remarkable historic graveyard, which makes it both a historic green space and a touchstone to a great deal of American history,” Dietz says. “As such, it deserves the same sort of care and attention that a historic building would get. I’m really delighted that the Army Corps has turned its attention to it.”

Butler says it is an honor to be able to work on a project that is creating a tranquil place for families to grieve, remember and reminisce about their loved ones and to provide a final resting place for so many leaders that have served our great nation through some of its best and some of its worst times.

Dr. JoAnne Castagna is a Public Affairs Specialist and writer for the US Army Corps of Engineers, New York District. She can be reached at joanne.castagna@usace.army.mil.