Are Intoxicated Drivers Always At Fault In An Accident?

If you are injured in an accident caused by an intoxicated driver, you are entitled to get compensation from the wrongdoer. Driving under the influence (DUI) is an offense punished by the law, and it contributes to serious accidents. Unfortunately, many people do not want to refrain from this practice even if they know the dangers associated with it. There are legal options that you can consider if you are hurt in a vehicle collision because of a drunk driver. However, proving liability in a case involving a drunk driver can be complex since both drivers may have contributed to the crash. Figuring out if intoxicated drivers are always at fault in an accident can come down to the facts surrounding the crash.

Driving under the influence of alcohol is a crime, and anyone caught faces criminal consequences like fines, license suspension, and jail term.  If you are hit by a drunk driver, their intoxication increases the chances that they would be held responsible. However, the law states that there should be a link between an intoxicated driver’s actions to the accident and your injuries. It does not necessarily mean that the drunk driver is automatically wrong.

Proving fault is the pivotal issue in several car accident cases. The first thing to prove the fault is to establish the existence of a “duty of care” that the other driver owed you. The following factors should exist to prove liability:

However, you may not have a civil claim against the intoxicated driver if you cannot prove fault in the vehicle collision.

If you are involved in a vehicle collision that was caused by a drunk driver, you deserve to get financial compensation from the offender. Crashes caused by people under the influence of alcohol are very common in Detroit, so you need to work with an experienced lawyer to get the compensation you deserve.  The advantage of working with a Detroit drunk driving accident attorney is that you get time to focus on your injuries and recovery while they handle your case. Your lawyer will help you recover compensation by filing a personal injury claim against the offender.

Some of the damages that you can recover include loss of income, medical expenses, pain and suffering, permanent disability, loss of enjoyment, and mental anguish. Your lawyer can play a pivotal role in negotiating a fair settlement to recover the damages that you may experience as a result of the collision caused by an intoxicated driver. However, drunk driver settlements vary depending on the circumstances of the accident.

If you are in an accident with a drunk driver, they are liable to take a breath test. However, the driver can refuse to go for a test, and they have a right to do so. This can increase the value of your case since you can sue for punitive damages. Additionally, drunk drivers may refuse to go for blood alcohol tests because they have other pending issues. Given such a scenario, the at-fault driver may offer more money for damages to safeguard their interests. The action of offering more money to settle the case out of court proves that the intoxicated driver is at fault.

Drunk drivers usually make very poor judgments on the road because they cannot react in a normal way. As a result, the injuries and damages involving an intoxicated person are often very serious. In some cases, a person under the influence may not even apply brakes to avoid colliding with another car because they cannot even realize the existence of danger about to occur. In this scenario, you need to prove that the driver’s inebriation caused the collision.

The element of comparative negligence can reduce your damages in your compensation claim or lawsuit if you were also partially wrong in the accident. For instance, if you are distracted by a phone, and you cut the drunk driver, you are also to blame for the accident. However, the court cannot award damages to a drunk driver given that he has already violated the law. 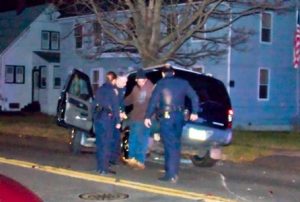 Driving under the influence of alcohol is a punishable offense in many states. The chances that a drunk driver is at fault in an accident are since they are already breaking the law. However, it might be complicated to prove liability in a vehicle collision involving a drunk driver. You must prove a duty of care, and in some cases, the other driver may share liability with the intoxicated party.