All You Need to Know about AS Monaco Football Club

The soccer club Monaco is a distinguished French team that plays in Ligue 1. “Red-whites” have an impressive track record and credibility – the team has won more than one domestic trophy, as well as the title of a finalist of the Champions League. 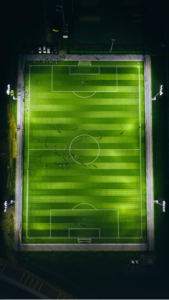 The team appeared on the soccer map in 1924 and, until the early 50s, mostly lived in the lower divisions of the country. Prince Rainier III of Monaco took the Red and Whites under his tutelage in 1949 and they finally qualified for Ligue 1, gradually making their mark among the top flight.

With the advent of the 60s, Monaco began to win its first trophies. From 1960 to 1963, the team won two French Cups and one champion’s title. A serious and, most importantly, steady leap took place in the 80s: in fact, the Monegasques won five medals of the highest rank.

In the 1990s Monaco once again faced stiff competition in the domestic arena. As a result, the club managed to get three significant awards in the form of the championship in the 1996/97 season, the French Cup-1991 and the French Super Cup-1997. Also in 1992, “red-whites” reached the final of the Cup Winners’ Cup – the trophy was lost against German “Werder”.

Despite winning the Ligue 1 gold medals in 2000, the team encountered serious financial difficulties. “The Monegasques, trying to even things out, continued to surprise even with a multi-million-pound debt on their books. For example, in the 2003/04 BC, led by the current Le Bleu coach Didier Deschamps, they sensationally made it to the final round of the tournament. Unfortunately, the French lost at the crucial moment to Porto, led by José Mourinho.

In 2004 the state of Monaco deteriorated – a number of leading performers left the club. The general wretchedness was exacerbated by the frequent changes of presidents, and in 2011 culminated in the logical sad outcome – relegation. 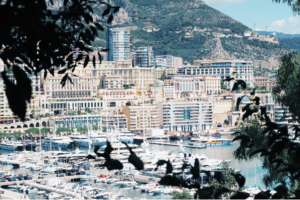 During the restructuring, Russian businessman Dmitry Rybolovlev became the new president. At first, the businessman took the favorite path of the Arab sheikhs, investing important investments in transfers. In 2013, the Monegasques returned to the elite, stunned by the purchase of Radamel Falcao, Jamez Rodriguez, and Joao Moutinho.

Having reached a level commensurate with that of the capital’s PSG, the Red and White’s management changed the vector of the club’s development. Rybolovlev and the rest of the management were engaged in the revival of the famous academy and scouting system.

One of the most famous pupils of the “new wave” of the Monaco club is forward Kylian Mbappe. It was this kid who put a lot of effort into making the Monegasques reach the semi finals of the Champions League in the 2016/17 season and become champions of France.

Today, after the club opened in the summer 2020 a new chapter with the arrival of new sporting director Paul Mitchell and a new coach Niko Kovac in order to close a two difficult seasons, the main favorites for the title of the best player of AS Monaco, which is the youngest team among the top 5 european leagues, are the « young guns »  Aurelien Tchouaméni, Sofiane Diop or Youssouf Fofana.